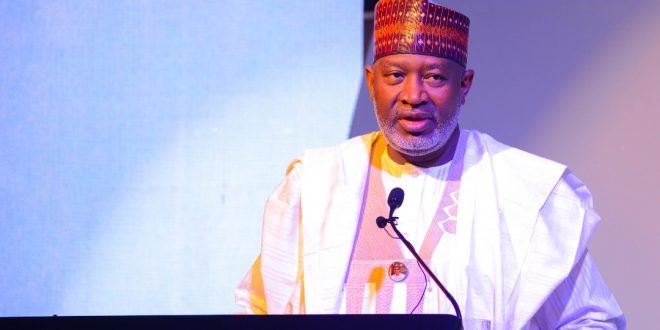 Worrying Indications in the aviation industry reveal that there is a further plan to demolish the headquarters of the Federal Airports Authority of Nigeria (FAAN) and the Nigerian Airspace Management Agency (NAMA) at the Murtala Muhammed Airport (MMA) in Lagos to make way for a rehashed aerotropolis project.

This demolition is coming barely seven months after the Ministry of Aviation ordered the demolition of the headquarters of the Accident Investigation Bureau – Nigeria (AIB-N) N5bn facility at MMIA to make way for the apron expansion at the new MMIA terminal to accommodate wide bodied aircraft, a project that is still at the moment, stalled.

The Aerotropolis Project which was conceptualized by Stella Oduah, former Minister of Aviation under the Jonathan administration was shelved before current Minister of Aviation, Hadi Sirika represented the same plan in this administration’s roadmap in 2016 but has been mum on this until the last quarter of the current administration, causing stakeholders and critical thinkers alike to question if this is not another white elephant project in the making.

NigerianFLIGHTDECK learnt that plans for the demolition has gone far and the ministry plans to build hotels, cinemas, spars and other facilities on the land presently occupied by the two major agencies.

Sirika who spoke on the new Airport City at the weekend at the Aviation Breakfast Meeting disclosed that the airport city in Lagos was designed to link the old airport with the new airport by rail.

He also noted that the project was intended to develop all the areas where FAAN, NAMA, and others currently have their structures. According to him, the plan is to put a private sector initiative there for offices and others.

He said plans have been developed even as consultancy services have been given out to the private sector and entrepreneurs in the aviation industry that have shown interest.

A stakeholder questioned why the Minister was starting an aerotropolis project on already developed space when there is an expanse of virgin land by the right hand side of the old terminal that requires development and which for whatever purpose would serve.

Another stakeholder questioned the timing stressing that this revelation which was not mentioned till recently is coming too fast in an election year without regard for the outlook.

Group Captain John Ojikutu (retd), an aviation analyst, has expressed worries wondering why such a project is coming barely seven months to the end of President Buhari’s administration while doubted its sincerity.

“Am getting confused with the Sirika aviation developmental trends; what is his meaning of Aerotropolis? I had thought that the land on the western part of the airport within Shasha, Egbeda, etc that has been encroached upon should be the focus of any form of Aerotropolis!!!

“The aim of beginning an Aerotropolis from within the airport especially with NAMA and FAAN HQ is a deliberate target in the Bi-Courtney properties which include the uncompleted Hotel and the conference centre.

“Unfortunately, my people in the LSG are too naive to respond to the concession of the MMA. On the other hand, if the administration of the government and its agencies are serious about the airport concessions, what will be the place of the Aerotropolis in MMA?

Unlike what is happening in Lagos, the Aerotropolis project in Abuja has followed a process where Federal Government through the Federal Capital Territory( FCT) handed the Certificate of Occupancy of the 12,0000 hectares of Land through Honourable Minister of Federal Capital Territory, Mr. Muhammed Musa Bello on Tuesday, June 7, 2022 to his Aviation counterpart, Senator Hadi Sirika.

The 12,000 hectares of land is for the actualisation of the aviation roadmap projects which has key projects attached to be executed on the land like the N92b second Runway project for the Nnamdi Azikiwe International Airport, Abuja scheduled for completion in 12 months.

Other projects that would be executed as part of the aviation roadmap include: Maintenance Repair and Overhaul (MRO) Centre; Aviation Leasing Company (ALC); Agro-Allied Cargo Terminals; Aerotropolis or Airport City; National Carrier; Africa Aerospace and Aviation University (AAAU); second Runway of the Nnamdi Azikiwe International Airport, Abuja, amongst others.

Nigerianflightdeck is an online news and magazine platform reporting business stories with a bias for aviation and travel. It is borne out of the intention to inform, educate as well as alter perceptions with balanced reportage.
Previous NAMA sensitizes stakeholders on importance of incident reporting
Next Passengers stranded as Unions picket MMA2 terminal over sack of members