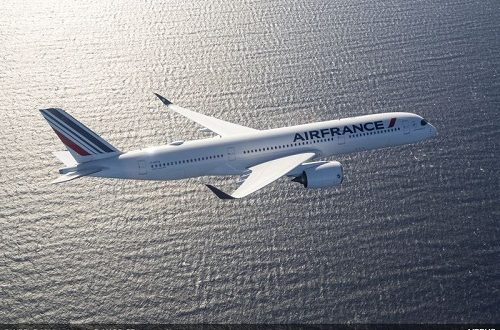 THE United States and the United Kingdom today announced a four-month suspension of tariffs related to the ongoing large civilian aircraft dispute.

“The United Kingdom and the United States are undertaking a four-month tariff suspension to ease the burden on industry and take a bold, joint step towards resolving the longest running disputes at the World Trade Organization.

“The United Kingdom ceased applying retaliatory tariffs in the Boeing dispute from January 1, 2021 to de-escalate the issue and create space for a negotiated settlement to the Airbus and Boeing disputes.

“The United States will now suspend retaliatory tariffs in the Airbus dispute from March 4, 2021, for four months. This will allow time to focus on negotiating a balanced settlement to the disputes, and begin seriously addressing the challenges posed by new entrants to the civil aviation market from non-market economies, such as China.

“This will benefit a wide range of industries on both sides of the Atlantic, and allow for focused settlement negotiations to ensure that our aerospace industries can finally see a resolution and focus on COVID recovery and other shared goals.”

Recall that there has been a long standing multi-billion dollar tit-for-tat tariff battle between the United States and the European Union over state subsidies for aircraft manufacturers Airbus and Boeing and although the United Kingdom has left the EU, the situation was still unresolved.

In a bid to de-escalate the conflict and come to a negotiated settlement with the U.S. United Kingdom trade minister Liz Truss said had in December announced that Britain will suspend retaliatory tariffs imposed on U.S. goods as part of a dispute over aircraft subsidies from January 1.

The United States in 2018 imposed tariffs on steel and aluminium coming from the EU, citing national security concerns. The EU, including Britain, retaliated with its own set of tariffs, arguing the U.S. concerns were unfounded.

Nigerianflightdeck is an online news and magazine platform reporting business stories with a bias for aviation and travel. It is borne out of the intention to inform, educate as well as alter perceptions with balanced reportage.
Previous Capt.  Ilegbodu, Arik MD, calls for vaccination for aviation workers
Next AfCFTA: One-third signatories to SAATM’s implementation lack safety; security requirement-Captain Nuhu