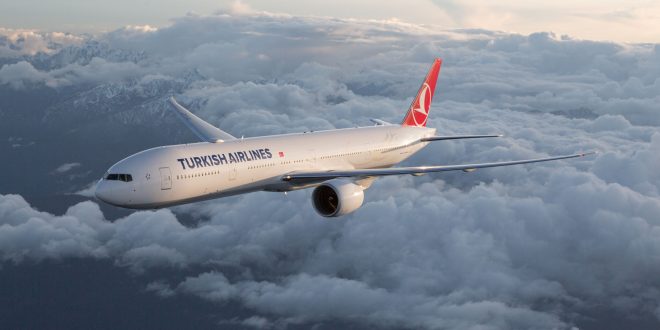 TURKISH Airlines has set its targets for 2018, the year in which the carrier will move its hub to the 3rd Airport of Istanbul.

According to the non-consolidated 2018 budget that was approved by the Board of Directors under the presidency of M. İlker Aycı, Chairman of the Board and the Executive Committee of Turkish Airlines, the guidance regarding the Incorporation’s targets and expectations for the year 2018 are grouped into two: Traffic development and Financial Development (Unconsolidated).

For traffic development, the total number of passengers carried is targeted to reach 74 million including 33 million on domestic routes and 41 million on international routes; while passenger load factor is expected to be in the band of 79% and 80%, total Available Seat Kilometers (ASK) will approximately reach to 183 billion with an increase of between 5% and 6% compared to 2017.

Nigerianflightdeck is an online news and magazine platform reporting business stories with a bias for aviation and travel. It is borne out of the intention to inform, educate as well as alter perceptions with balanced reportage.
Previous Med-view announces suspension of Dubai service, says it’s not indebted to service providers
Next Emirates claims septuagenerian’s restraint was due to violent behaviour