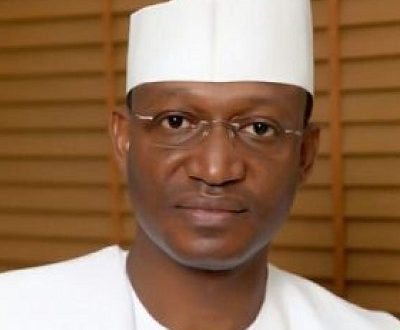 FEDERAL Ministry of Transportation has called out National Hajj Commission (NAHCON) following a letter it dispatched to Skypower Express Airways in a bid to restrict the airline’s charter operations to the Kingdom of Saudi Arabia (KSA) without taking cognizance of what the law states.

Nigerianflightdeck had learnt that NAHCON had delayed the airline which was designated to fly a charter to KSA on the 5th and 6th of August from Kano a move tantamount to usurping the responsibility of the Federal Ministry of Transportation which is the aeronautic authority of Nigeria.

In a letter obtained from a close source in the Ministry, FMA/ATMD/0186/../Aug/… dated 9th August, 2019 addressed to the Chairman/CEO of NAHCON and titled Re:Designation of Skypower Express Airways to operate to the Kingdom of Saudi Arabia the Ministry floored the hajj commission for arrogating to itself powers to determine who participates in the hajj activities.

The letter signed by Director of Legal Services for the Federal Ministry of Transportation, S.S Liman was in response to a letter to a letter addressed to Skypower with reference NAHCON/AI/18/111/341 dated 2nd August 2019 where the commission banned charter operations during hajj.

The Minister in its letter corrected the commission stating that it had misrepresented the Bilateral Air Services Agreement (BASA) between Nigeria and Saudi and that NAHCON has no right or the authority as its letter states to ban airlines from charter during hajj.

The letter went on to address NAHCON’s misinterpretation of its own laws in a bid to attribute itself more power than it ordinarily possesses:

“Your letter mentioned above seems to arrogate to NAHCON, and NAHCON alone to the exclusion of all others the power to determine who participates in the activities of Hajj operations in all its ramifications citing Section 4 (1) (a) of the NAHCON (Establishment) Act 2006 as its authority…

“That sub-section (2) of your Section 4 provides the commission shall liaise and co-ordinate with appropriate government authorities or organs of the Federal Republic of Nigeria and Kingdom of Saudi Arabia (KSA) on the rules and regulations governing entry into and staying in Saudi Arabia for the purposes of Hajj and Umra including all appropriate immigration, passport and related consular services.

Ministry of Transport through the letter told NAHCON that it did not liaise with it on its circular banning charter airlines during hajj, stating that all issues of civil aviation in the country is superintendent by the Ministry as the Aeronautical Authority of Nigeria.

“The BASA between the Federal Republic of Nigeria and Kingdom of Saudi Arabia (KSA) was copiously misrepresented in the commission’s letter.

“Clearly, Charter services are not discriminated by the BASA operational between the countries, rather it subjects the same to the approval of contracting parties’ Aeronautical Authorities. The decision whether or not Skypower Express or any other airline operator/companies of Nigeria should or can operate charter flight to Saudi Arabia is not one for the commission to take as it is clearly beyond its mandate…”

Managing Director of Skypower Express, Captain Mohammed Joji who threw more light on the situation alleged that there is much corruption in hajj exercise as superintended by NAHCON calling for a cleansing of the agency.

Joji said,” NAHCON has been breaking the laws all along and people have been keeping quiet. NAHCON has no business in how an approved carrier airlifts pilgrims. Saudi Arabia recognizes only two institutions in Nigeria when it comes to hajj operations; Ministry of Foreign Affairs and Civil Aviation Authority (CAA). NAHCON has no business with charter operators

“If there is any problem, Saudi Arabia authorities will only talk with Foreign Affairs Ministry or the CAA. In that case, NAHCON operation is localised. It has no business in Saudi Arabia. Also, NAHCON has no business in international pilgrims and that was cleared from the ministry. The ministry warned them about his interference. The foreign affairs and CAA can overrule you.

“Also, you know he has issue with Med-View, he took the airline’s pilgrims and took it to Flynas, a foreign airline when we have Air Peace with Boeing 777-300 here. That is capital flight. Remember that hajj is a critical component of Nigeria politics. It can make or mar the government.

“We eventually carried the three flights that were assigned to us, we carried 1,893 pilgrims from Nigeria and we also participated in the West Coast – Guinea Bissau and Sierra Leone because the Sierra Leonean pilgrims were stuck and their President was scared. I did three flights for them, too.

“If you want to play politics, ethnicity and religion, that one will not work again. There is too much corruption in hajj exercise. That place must be properly cleansed.

Nigerianflightdeck is an online news and magazine platform reporting business stories with a bias for aviation and travel. It is borne out of the intention to inform, educate as well as alter perceptions with balanced reportage.
Previous Photo Reel: Industry events that added colour, solemnity to the week
Next ANAP scribe kicks against planned concession, backs national carrier establishment