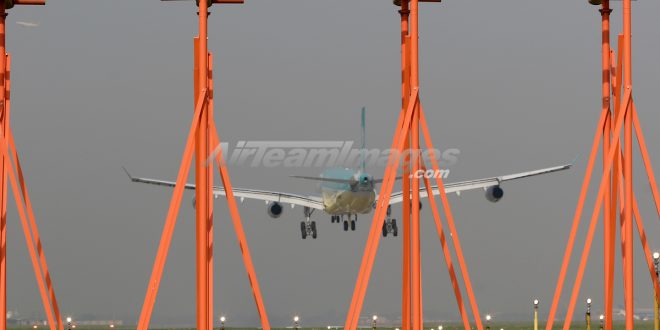 A stakeholder has said that diversion of flights landing at Abuja Airport to Kaduna for the proposed closure of the airport might actually work if the airport’s Precision approach Lighting system and the Instrument Landing Systems (ILS) are both upgraded to Category 2.

There has been arguments and counter arguments over the use of Kaduna Airport as an alternative to the Abuja Airport when it is closed for six weeks, however, this stakeholder is looking at the airport’s navigational capacity to handle flights coming in and out of that airport.

In a telephone conversation with Nigerianflightdeck.com, the source who pleaded anonymity  said that already the Very High Frequency Omni Directional Radio Range (VOR) system in Kaduna is one of the best in the country but that as it stands the Precision approach Lighting system and ILS currently in use are both category one.

He however said the localizer in the Kaduna airport and some other facilities were not working adequately thus making a case for the Use of the Minna Airport which is supposedly the alternative for the Abuja Airport.

The source explained that Minna Airport would have been better because the airport had all the Navigational facilities , adequate VOR and an excellent ILS with one of the best runways but that the airport has no terminal building

He then said that the Kaduna airport would be able to handle the traffic if NAMA upgrades the ILS and the Federal Airports Authority of Nigeria (FAAN) upgrades the lighting system from Cat 1 to Cat 2, which according to him, does not need any engineering software but just remove the cat One box and replace with the cat two which has already been bought.

Nigerianflightdeck.com learnt from a credible source that  upgraded ILS has already been bought by NAMA which has taken delivery of these systems awaiting deployment.

Another source also explained to nigerianflightdeck.com that in the coming weeks before the Abuja Airport shutdown Federal government was freighting in Doppler Very High Frequency Omni Directional Radio Range (DVOR) to beef up navigational facilities at the Kaduna Airport.

He said,” Before the shut down of the airport in Abuja, FG is freighting in the DVOR and it will be installed on time before flights start moving into Abuja.”

According to him, when the upgrade is done, the Nigerian Airspace management Agency (NAMA) will only need to upgrade its shift system to enable the Kaduna Airport run 24 hours instead of its norm.

“ Currently Kaduna Airport does not operate for 24 hours, it does till 2000 and all NAMA needs to do after upgrading the facilities is to upgrade its shift system in the Kaduna Airport to 24 hours and transfer traffic controllers from Abuja to Kaduna in other to make up the system. The Abuja controllers will be validated on Kaduna Airport for not more than three weeks and by Validation  I simply mean for them to learn coordination between civil and military flights,” the source said.

On how flights will be handled when coming in,  he said,” All the airports in the North are on the Kano Radar System being the area control centre, so aircraft coming into Kaduna they will be linked with Kaduna terminal control area and if an aircraft is coming into the country  and did not get the Notice to Airmen (NOTAM) of the closure and is still communicating with the Abuja control, control will align the aircraft into the Kaduna landing area and hand over to the controller in Kaduna.”

Nigerianflightdeck is an online news and magazine platform reporting business stories with a bias for aviation and travel. It is borne out of the intention to inform, educate as well as alter perceptions with balanced reportage.
Previous Stakeholders continue to express concerns over Abuja Airport closure
Next Comrade Chukwu Emmanuel throws hat in ATSSSAN National Presidential race