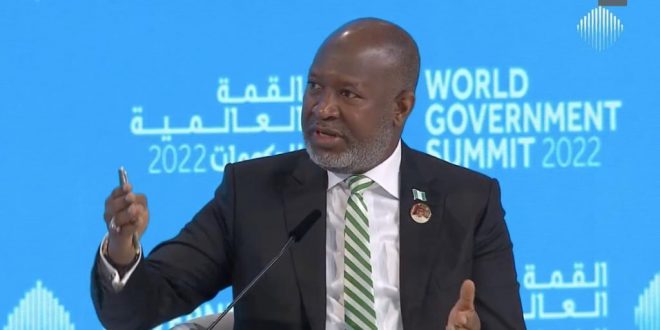 MINISTER of Aviation, Senator Hadi Sirika has said that granting of multiple designation to foreign airlines into Nigeria expands and grows the economies of these airlines but also generates revenue for the country.

He also said these multiple entry help domestic airlines by improving their distribution and connections opportunities .

The Minister made this known today at the 1st Quarter Aviation Safety Round Table Initiative (ASRTI) Business Breakfast Meeting at the Golf view Hotel.

According to him, the granting of multiple entry point to foreign airlines into Nigeria has been ab issue of contention in the industry.

Despite this, the Minister says the grant of multiple designations opens up prospects to domestic airlines saying it improves their market by distributing passengers for connection.

The Minister’s presentation was read by anti-multiple designation advocate, Group Captain John Ojikutu at the event.

Sirika said,”Multiple entries points are granted to foreign airlines based on the nature of their BASAs. It expands the business and grow the economy of foreign airlines.

“It also generates revenue for the country as foreign airlines are able to land at different airports connecting different area of the country to foreign countries thereby promoting commercial trade, tourism and friendly relations.

Sirika reeled out some obvious disadvantages of the move but still said there were things to gain,” The grant of entry into more than 2 airports in Nigeria exposes foreign airlines to domestic routes and therefore into the domestic markets of the domestic airline and this has its negative implications which include the following: It is against the Carbotage Act, It does not allow the airlines to generate much needed revenue that would help in their growth.

“Although, it expands the business and grows the economy of Foreign Airlines, it also puts pressure on demand for forex as need to repatriate funds which they require for their smooth operations. Technically, its create capital flight from Nigeria.”

The Minister however said domestic airlines stand to gain from opportunities created by International airlines distributing passengers for connection with these airlines.

He continued,” Nevertheless, there are prospects for domestic airlines as they have opportunities for improved domestic markets by distributing International passengers for connection with these airlines. The grant of entry points to foreign airlines should also be such that they are giving multiple entries, to either Lagos or Abuja and not Lagos and Abuja, in addition, to any other airport outside the geographical area of the 1st choice of Lagos and Abuja e.g Port Harcourt, Kano and Enugu.

“In this way they do not take over all the business on all the International Airports,” he said.

Nigerianflightdeck is an online news and magazine platform reporting business stories with a bias for aviation and travel. It is borne out of the intention to inform, educate as well as alter perceptions with balanced reportage.
Previous LAA becomes Amadeus certified training partner in Nigeria
Next Heirs Insurance promises women 24-hour road rescue at Her Motor Plan launch