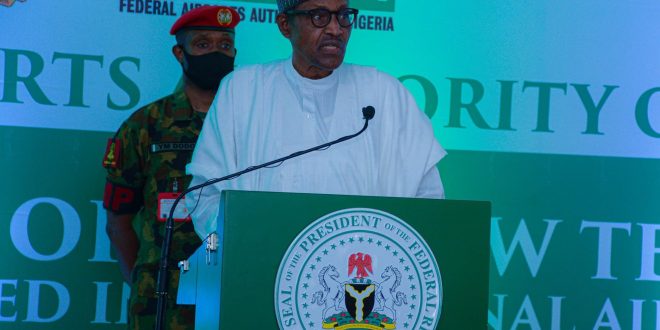 BARELY a day after President Muhammadu Buhari called for the fast tracking of aviation projects at the inauguration of a new terminal building at the Murtala Mohammed International Airport (MMIA), Lagos, Federal Executive Council (FEC) has approved the sum of N92.12billion for the construction of a second runway at the Nnamdi Azikiwe International Airport, Abuja.

Minister of Aviation, Senator Hadi Sirika, disclosed the approval of the fund on Wednesday while briefing State House correspondents at the end of the virtual council meeting presided over by the President. READ: President Buhari commissions new MMIA terminal, directs 12,000 hectares tilting for 2nd Abuja Runway, others

He explained that the approved fund will be spread over a number of works to be carried out at the airport within a period of 12 months.

Recall during the inauguration of the new terminal, President Buhari had issued a directive to the Minister of Finance, Budget, and National Planning, Mrs Zainab Ahmed, to source special funding for the second runway of the airport.

He had also directed the Minister of the Federal Capital Territory (FCT), Muhammad Bello, to conclude the documentation of the approved 12,000 hectares of land to accommodate the runway and other developmental projects.

On how funds will be raised for the project, Sirika said that the administration would use the same pattern it had used to raise the money for other projects across sectors to achieve the current mandate.

Nigerianflightdeck is an online news and magazine platform reporting business stories with a bias for aviation and travel. It is borne out of the intention to inform, educate as well as alter perceptions with balanced reportage.
Previous Nigeria Air: FG warned not to repeat Virgin Nigeria’s MMIA hub debacle
Next Delays: Reps call for synergy among stakeholders to minimize trend