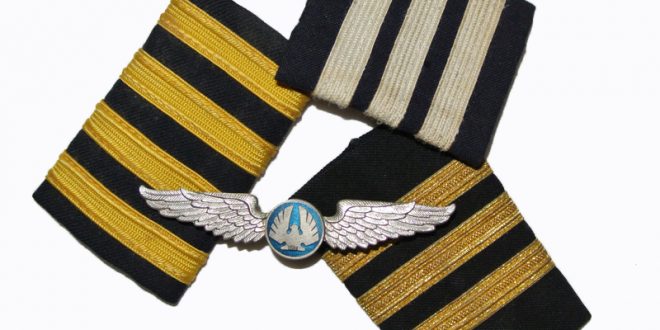 NATIONAL Association of Aircraft Pilots and Engineers ( NAAPE) has called on the Nigeria Civil Aviation Authority ( NCAA) to review its policy on pilot simulator training, stating that the status quo is inimical to the holder and currently subjects them to slave-like conditions.

This is just as the pilots and engineers association has called on government to set up a high-powered monitoring committee to ensure that the Executive Order O5, which deals with expatriate quota and local content act is implemented in the aviation sub-sector.

These were issues raised from NAAPE’s communique signed by its General Secretary Comrade Ocheme Abba, after a retreat held in Abuja from December 4-7with theme Enhancing Leadership Capacity for a Greater NAAPE.

The body, explaining why it called for a review of the pilot simulator training among other reasons stated that the situation created currently is chaotic and does not allow pilots who may have been relieved of employment for one reason or another to secure another employment with the training certificate.

NAAPE further stated that what obtains presently contravenes the periodic renewal policy and helps neither the pilots, airline or the industry.

“The Director General NCAA is urged to take urgent steps to review the NCAA’s policy on pilots simulator training whereby a pilots simulator certificate is vested in the airline. This policy smacks of skate labor and denies the pilot the right to their intellectual property.”

” Besides, this situation has created a chaotic at,I sphere because pilots who have been relieved of employment through redundancy and other means by various airlines are unable to secure other employment opportunities with the simulator training certificate (sim) even as such ‘sim’ are current.”

” The present policy connotes that a valid ‘sim’ may be invalidated within its validated period. This contravenes the periodic review policy and it also does incalculable damage to the holder,” the communique read.

On its call for the thorough implementation of the Executive Order 05, NAAPE advised government to ensure that as a body it is carried along as part of any such committee if and when it is constituted.

“Having reviewed the content, principle and objectives of Executive Order 05, which enforces the expatriate quota and the Local Content Act for the purpose of assuring that qualified Nigerians are given preference for Nigerian generated employment opportunities, NAAPE finds this order laudable and timely and pledge our support for its full actualization.”

” Consequently, Minister of State, Aviation is called upon to urgently set up a high caliber monitoring committee for the implementation and enforcement of Executive Order 05 in the aviation sub-sector in view of the present prevalence of non-committal to the order within the sector.”

“Minister of State is also invited to consider the participation of NAAPE in the proposed committee as vital.”

NAAPE through the communique also called on Federal Government to remove all obstacles hindering the Niger Air project, explaining that the proposed national carrier relaunch will provide unprecedented gains when it comes on stream.

Nigerianflightdeck is an online news and magazine platform reporting business stories with a bias for aviation and travel. It is borne out of the intention to inform, educate as well as alter perceptions with balanced reportage.
Previous TEF opens applications for $100m Entrepreneurship Programme, plans 1m new jobs
Next AIB Commissioner projects on infrastructure upgrade, capacity development in 2019