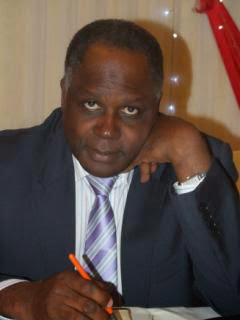 CONDOLENCES are still pouring in following the demise of the immediate past Director-General of the Nigeria Civil Aviation Authority, (NCAA), late Captain Muktar Usman  as the House of Representatives Committee Chairman on Aviation, Honourable Nnolim Nnaji said he received the news of his sudden passing with shock.

In a condolence letter addressed to the current Director-General of the authority, Captain Musa Nuhu, Honourable Nnaji described late Captain Usman as an astute professional.

According to him, ” for the brief period l interacted with him before his retirement, l found in him, an astute professional, a seasoned administrator and a detribalized Nigerian who worked hard to keep our skies safe as a regulator.”

“Just a couple of weeks ago, we were all together at the National Assembly for a public hearing on  Bills  to amend civil aviation Acts and captain Mukhtar didn’t portray any feelings of ill-health.” Nnaji further stressed adding that the industry has lost a highly skilled and enxprienced aviator.

He said his heart goes to the immediate family and the entire aviation community in general for this monumental loss.

Nigerianflightdeck is an online news and magazine platform reporting business stories with a bias for aviation and travel. It is borne out of the intention to inform, educate as well as alter perceptions with balanced reportage.
Previous Reps seek returns from other sectors for NIMET services to improve agency’s revenue
Next Arik apologizes for operations disruption by NUATE says its working to resolve impasse