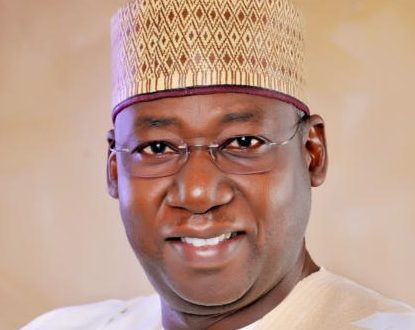 CAPTAIN Ibrahim Kadafir Mshelia, a renowned pilot and aviation trainer, has said that his entrance into the political scene is borne out of a passion to grow the state and contribute his quota in uplifting the lives of the youth and give them a better future

Mshelia made this known recently in his formal presentation to the Labour Party in Maiduguri, Borno State capital where he said the party will not only take the government house come 2019 but will lay a foundation for unstoppable progress that the youths of Borno can enjoy for hundreds of years to come.

According to the foremost pilot and manpower developer in the aviation industry,  the current leadership have done their best, but their best simply isn’t good enough especially as the 2019 election is a different ball game as the time for impunity, mediocrity and empty promises of the governing party are over.

Mshelia said “They might have great resources at their disposal, they might have the so-called “advantage of incumbency”. But we are not afraid. We will rise to the challenge. We will build our economy in a manner that allows anyone willing to work to do so and enjoy a decent life from the proceeds of his labor. We will restore the dignity of our people and we’ll build a path to recovery for our numerous internally displaced who are can still contribute to our economy”.

The aspirant affirmed that despite the enormous tasks ahead, the Labour Party will not let themselves to be overcome by challenges because Borno people are resilient and dynamic at all times since time immemorial.

Mshelia also expressed happiness that Labour Party has not participated in the lacklustre leadership that has altered the course of Borno State and indeed the entire country from the path of vitality and promise to that of frustration, fear and despair.

“I feel a deep sense of pride to identify with the labour party because it remains the party of hope and Borno state remains strong in the face of the great challenges at this crucial time in our history because of the hope that the people see when they look at the face of our dear party”, he said.

As a Labour Party, Mshelia pledged a deep commitment to the working people who give the best of their time and energy so that they can have a better life. One way he proffered that this could be achieved is through provision of decent education for the workers’ children, so that they can grow old in comfort and with dignity.

He decried the insurgency ravaging the state, adding that it is a tragedy of epic proportions that Borno state which served as a home of greatness and hospitality and a jewel of Nigeria has battled insurgency that has left so many people living in fear and many brutally driven from their homes.

“Very soon they will become adults and the full impact of years of uncertainty and desperation can birth a generation of angry young men and damaged young women. We must not let this be the fate of Borno state. We cannot afford to fail in the mission to bring true and lasting peace to this land”, Mshelia emphasized.

He commended the sacrifice of the nation’s brave compatriots who are in military and security service, just as he appreciated the selfless sacrifice of the civilian JTF for being willing to pay the highest price so their neighbors can sleep with their two eyes closed.

Nigerianflightdeck is an online news and magazine platform reporting business stories with a bias for aviation and travel. It is borne out of the intention to inform, educate as well as alter perceptions with balanced reportage.
Previous We have taken strategic steps to halt airside security challenges-Mrs. Shin-Aba
Next Odukoya files preliminary Objection to quash N1.7b SkyeBank charge