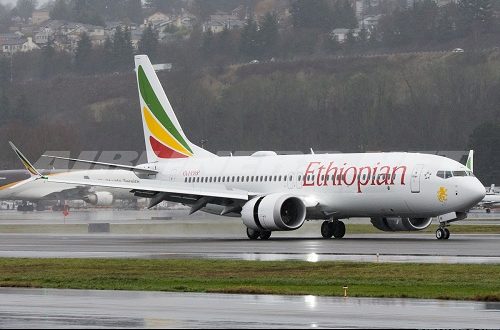 OF the nationalities on board the ill-fated Ethiopian Airlines ET 302 that crashed earlier this morning, it would appear that one Nigerian former Ambassador, Abiodun Bashua a former United Nations and African Union  Deputy Joint Special Representative in Darfur, Sudan was among the casualties.

Also another Nigerian carrying a Canadian passport Professor Pius Adesanmi of Carlton University Canada is also among the deceased.

Information reaching NigerianFlightDeck reveals that there were 35 nationalities with some UN Passports and no fewer than 32 Kenyans on board the aircraft lost contact at 08:44am after taking off from Addis Ababa, Bole International Airport.

Ethiopian Airlines Group expressed its profound sorrow and deepest condolences to the families of the victims and their loved ones on the tragic plane accident while releasing the nationalities of those involved in the tragedy.

In a press conference held at Ethiopian Airlines Headquarters this afternoon regarding Ethiopian Airlines plane that crashed today 10 March 2019 shortly after takeoff en route to Nairobi from Addis Ababa, Group CEO of Ethiopian Airlines who had traveled to the scene of the crash remarked,” It is too early to speculate the cause of the accident and further investigation will be carried out to find out the cause of the accident in collaboration with all stakeholders including the aircraft manufacturer Boeing, Ethiopian Civil Aviation Authority and other international entities to maintain the international standard and information will be provided once the cause is identified.

Ethiopian Airlines will provide all the necessary support to the families of the victims.”

A senior captain named Yared Getachew with a cumulative flight hour of more than 8000 and with a commendable performance was commanding the flight along with first officer Ahmed Nur Mohammod Nur who had a flight hour of 200.

149 passengers and 8 crew members were on board the flight. The victims were of 35 Nationalities.

The crashed B-737-800MAX airplane flew back to Addis from Johannesburg this morning to its yet another flight bound to Nairobi underwent a rigorous first check maintenance in February 04,2019.

Nigerianflightdeck is an online news and magazine platform reporting business stories with a bias for aviation and travel. It is borne out of the intention to inform, educate as well as alter perceptions with balanced reportage.
Previous Ethiopian Airlines’ 737-Max Crash: No survivor, airline CEO says
Next Ethiopian Airlines joins China, Cayman Islands; grounds 737-8 Max pending aircraft probe