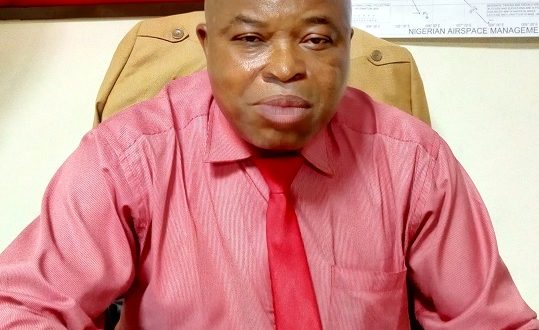 AN aspirant for the National Union of Air Transport Employees, (NUATE) presidency, comrade Igene PJA has said that proposed concession of the five major airports in the country is an ill- wind that blows no one any good and will not see the light of the day.

comrade Igene who spoke to reporters said if elected, he will work assiduously to ensure that the concession idea is jettisoned by government.

According to him, the welfare of the aviation workers is paramount to him as workers well motivated will be productive and their morale boosted.

He noted that in view of his experience of having served in various capacities as Deputy President NUATE, State Council Chairman, Branch Chairman NUATE and President of AISAN for two terms, he is aware of all the challenges being faced by staff in various organization where members of the union are working.

Comrade Igene in his manifesto said his 7-point agenda if elected is to,” increase the basic salaries of workers from both private and public sectors in the aviation industry, to continue to struggle against concession of any airports in Nigeria and see the matter to a logical end”.

“Increase the membership of the union at all levels, ensure check-off dues are paid to state councils and branches as at when due, to train and retain union officials for both state, branch and National secretariat”, he added.

The NUATE presidential aspirant also promised to encourage professionalism and ensure that administrative processes in the National secretariat is up to acceptable standards.

” Two additional secretariat will be build, one in Kaduna and Abuja, the Women forum in the union will be addressed, more women will be encouraged to hold positions in the union”

He added,”there will be increased training and retaining of women and all issues relating to the Airport Car Hire Association of Nigeria, ACHAN shall be addressed properly and solutions shall be provided”.

Comrade Igene urged all NUATE members to think about their future today and make a result-oriented decision and cast their votes for him.

Nigerianflightdeck is an online news and magazine platform reporting business stories with a bias for aviation and travel. It is borne out of the intention to inform, educate as well as alter perceptions with balanced reportage.
Previous Ethiopian Airlines receives Africa’s largest 737 MAX
Next Air Peace first all-female flight goes to Abuja, Owerri Thursday