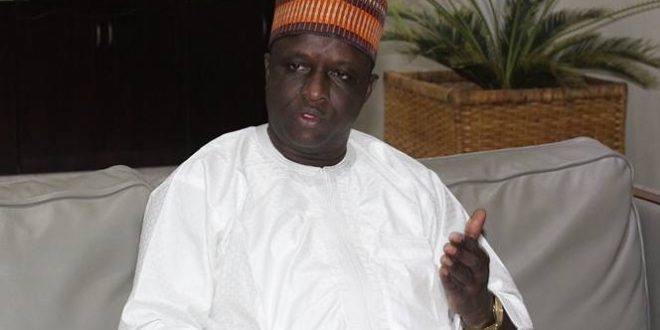 NiMET DG sacked over alleged fraud, depletion of IGR without due approval

FEDERAL Government may have sacked the Director General of the Nigerian Meteorological Agency (NiMET) Professor Sani  Mashi over allegations of fraud, embezzlement and violating public service rules among other things, a source has told NigerianFLIGHTDECK.

However, in a text response to our correspondent asking about his removal, Professor Mashi wrote,” I am not aware of this information. Thank You.”

The removal which is said to have happened last Thursday by the Minister of Aviation, Hadi Sirika was the crescendo of the Director General’s over six months visit to the office of the Economic and Financial Crimes Commission (EFCC) for corruption investigation among other things.

Professor Mashi was reported to have been visiting the EFCC every Friday in the last six (6) months.

It was gathered that one Muktar Sirika, allegedly related to the Minister of Aviation, was among a group that wrote a petition to the EFCC that eventually nailed the DG at the anti-graft agency.

According to allegations against the DG, he was alleged to have diverted Covid-19 funds approved for NiMET, depleted of the Internally Generated Revenues (IGRs) of the agency and award of inflated contracts to the tune of N30 million and above without due approval

NigerianFLIGHTDECK learnt that the Minister, Sirika has already penciled down two candidates to fill up the position of Mashi in acting capacity: one Prof. Mataju, a General Manager, NiMET and another professor from Katsina.

As at the time of filing this report, there was no official word from NiMET or the Ministry of Aviation.

Tags NiMET DG sacked over alleged fraud; depletion of IGR without due approval

Nigerianflightdeck is an online news and magazine platform reporting business stories with a bias for aviation and travel. It is borne out of the intention to inform, educate as well as alter perceptions with balanced reportage.
Previous The civilizing effect of MMA2 in Nigeria
Next Arik Air debunks claims of unsafe operations says pilots followed safety measures