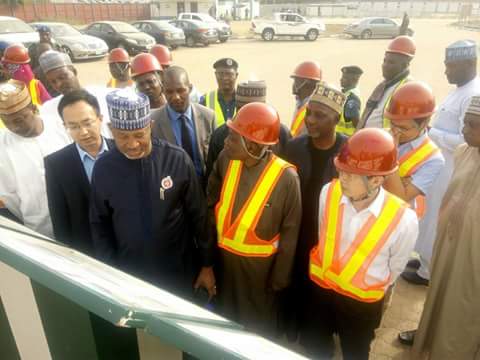 MINISTER of State for Aviation, Senator Hadi Sirika, has said the completion of the Nnamdi Azikiwe International Airport, Abuja, is dependent correcting certain problems including works on power and water supply as well as its blocking the control and fire towers.

And also that after erecting the terminal, it was also discovered that the building would block both the control and fire towers which would require relocation of towers.

He said that additional work was also required to link it with the existing terminal as well as expanding the apron to accommodate bigger air planes.

These challenges, he said, would result to requiring additional funding.

“The contractor has told us some of the challenges he has been facing regarding some of the components of work and some additional works required for this project to be put into use.

“Unfortunately, some of these components are complex which would delay this job and some of them are from the foundation like that of the sewer and water.

“There is also the problem of the control tower blocking the access into the terminal apron and also the inadequate nature of the apron itself.

Nigerianflightdeck is an online news and magazine platform reporting business stories with a bias for aviation and travel. It is borne out of the intention to inform, educate as well as alter perceptions with balanced reportage.
Previous Ethiopian lures customers to embrace mobile application
Next Low visibility: NCAA reviews operating weather minima for 18 airports