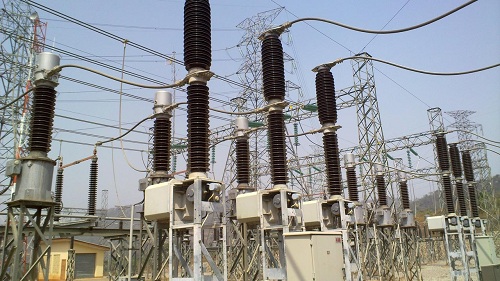 NIGERIAN Electricity Regulatory Commission (NERC) has slammed electricity distribution companies, stating that it is their responsibility under the Meter Asset Provider (MAP) Regulations 2018 to ensure that all electricity consumers across the country have meters.

This is coming as six (6) Transmission Towers along the Delta – Benin and Delta – Sapele – Benin 330kV transmission line routes belonging to the Transmission Company of Nigeria (TCN) have been vandalized.

These were part of separate statements from both the NERC and TCN obtained by Nigerianflightdeck.

NERC had issued a response based on the position of the Executive Director of the Association of Nigerian Electricity Distributors (ANED), Mr. Sunday Oduntan, who said that metering was no longer the obligation of Discos.

A statement from the company said: “This is consistent with their respective licensing terms and conditions and Section 4 (1) of the said regulations that provides that, inter alia, distribution licensee is responsible for the achievement of metering targets as specified by the commission from time to time.”

The regulator was reacting to a statement by the Association of Nigerian Electricity Distributors, the umbrella body for the Discos.

Section 4 (3) of the MAP Regulation stipulates that all distribution licensees should engage the services of meter asset providers towards meeting the metering targets as laid down by the commission and entrenched in the MAP Regulations 2018.

The regulators stated that Discos were expected to engage MAPs within 120 days of coming into effect of the regulations.

Meanwhile, apart from the vandalization of the six power transmission towers the TCN further decried that some of their tower members had been removed by the same vandals.

The statement also said that the patrol team discovered that tower members of five other towers including the tower directly opposite tower 61 on the Ughelli – Benin line route were missing.

According to the statement, the Delta-Benin and Delta-Sapele-Benin 330kV transmission lines evacuated power from Transcorp Power Limited, Ughelli into the national grid.

With the collapse of tower No 61 on Delta-Benin line however, TCN is now evacuating the power through Delta – Sapele- Benin 330kV transmission line alone.

Although, the collapsed tower has not affected power evacuation, transmission lines redundancy he said would be affected until the second line is restored.

It further noted that, TCN had been facing the challenge of repeated attacks by vandals on this axis since December 2018.

The company said it had also made formal reports to security operatives and to traditional rulers in the area, including the King of Okpeland and the Ovie of Oghara, who have equally held meetings with their subjects to address the menace, but to no avail.

Meanwhile, he said that the company had already mobilised its quick response engineering team to the site of the incident and they had cataloged requirements that would enable them commence repair works on the affected towers. Repair works, TCN said would be completed in four weeks.

Nigerianflightdeck is an online news and magazine platform reporting business stories with a bias for aviation and travel. It is borne out of the intention to inform, educate as well as alter perceptions with balanced reportage.
Previous NAAE to tackle cyber threat at annual symposium, hosts Biennial General Meeting
Next Air Peace adds B737 aircraft on Asaba route