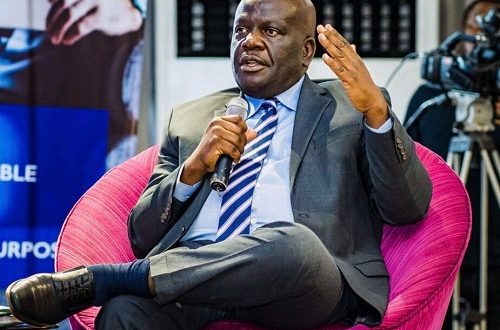 The regulatory agency came up with this clarification following another perceived misunderstanding into an already fractured relationship between Nigeria and the UAE stating the the Bilateral Air Services Agreement (BASA) between both nations were based on the principle of reciprocity for transparency and fairness between both sides.

Air peace is currently the only Nigerian Airline lying to the UAE and the frequencies on either side do not follow the above stated principle that has been a hallmark of this administration.

A statement from the NCAA explained thus,” Following the lifting of ban on Emirates passenger flights to Nigeria by the government, the UAE based airline applied to the Federal Ministry of Aviation for approval for Winter Flight schedule. The request schedule consisted of twenty-one(21) weekly passenger flight frequencies to Nigeria comprising of two daily flights to the Murtala Muhammed International Airport(MMIA) and one daily flight to the Nnamdi Azikiwe International Airport (NAIA).

Capt. Nuhu explained that, with this approval, the Dubai GCAA refused to grant Air Peace three weekly frequencies to Sharjah, which the airline requested for, rather approved just one frequency weekly.

The statement continued, “However, Air Peace only requested for three weekly flights to Sharjah, not even Dubai airport, but the CAA refused the airline. The CAA only approved one weekly frequency to the airline. The only excused they gave was that they don’t have enough slots. Where is the justice in this? That is capital flight out of Nigeria. Nigeria should protect its own.”

Capt. Nuhu explained that, the reason given by the GCAA for their refusal to grant the three frequencies to the airline was the inadequate slots in Sharjah airport, stressing that the government would continue to protect Nigeria’s businesses.

NCAA had in a letter with the reference number: NCAA/DG/AIR/11/16/329, dated December 9, 2021 with the head: ‘Withdrawal of Ministerial Approval of Emirates Airlines Winter Schedule,’ and signed by Nuhu to the Country Manager, Emirates Airlines withdrew the initial approval granted the airline.

The letter read: “I write to inform you of the withdrawal of the approval granted to Emirates Airlines winter schedule. This approval was conveyed via a letter with reference number FMA/ATMO/501/C.104/XV/356 dated 1st December 2021. The withdrawal becomes effective on Sunday 12th December 2021 at 23002.

“Please kindly note, henceforth Emirates Airlines is granted approval to operate only one weekly passenger frequency to Abuja on Thursdays.”

Nigerianflightdeck is an online news and magazine platform reporting business stories with a bias for aviation and travel. It is borne out of the intention to inform, educate as well as alter perceptions with balanced reportage.
Previous Dana Air offers passengers N18,000 flash sales to Enugu, Owerri, Asaba
Next Med-View Airline reacts to UK CAA blacklist, says it was never expelled