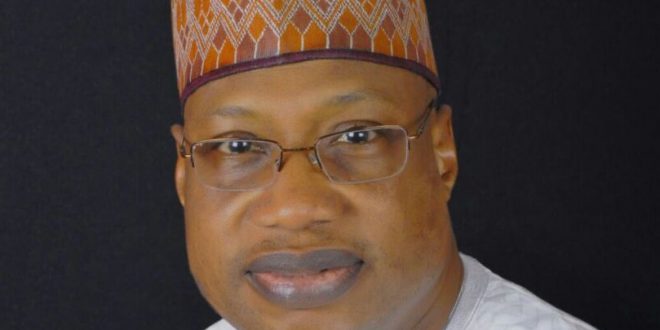 NAMA bubbles with life as Umar reports to office

Nigerianflightdeck.com learnt from an eyewitness that the director’s office earlier today was a beehive of activities as colleagues and well-wishers trooped in to welcome him back to NAMA headquarters for a second spell.

According to insider information, immediately Farouk stepped foot in the office, there was a lot of jubilation as it would seem, he was popular among his colleagues before his redeployment to Kano.

Our source further said that the new man already been in a meeting where he was required to attend has had a chat with the current acting managing director of the agency, Emmanuel Anansi who expressed joy to have Umar’s wealth of experience in the team to move the agency to greater height.

Umar, a 1988 graduate and was until his appointment the General Manager, Special Project Unit, Aminu Kano International Airport (MAKIA).

He had served at top management level in various capacities as Airspace Manager, Minna Airport.

He was also General Manager, Procurement at NAMA Headquarters in Lagos.

He bagged Bachelor Engineering from the Federal University (FUT), Minna; Masters in International Affairs and Diplomacy from the Ahmadu Bello University (ABU), Zaria; Masters in Business Administration (MBA) from the Lagos State University.

Nigerianflightdeck is an online news and magazine platform reporting business stories with a bias for aviation and travel. It is borne out of the intention to inform, educate as well as alter perceptions with balanced reportage.
Previous Effects of economic recession in Nigeria’s aviation industry- Dung Pam TVC interview
Next FAA notifies passengers, says using, charging Samsung Note7 during flight hazardous