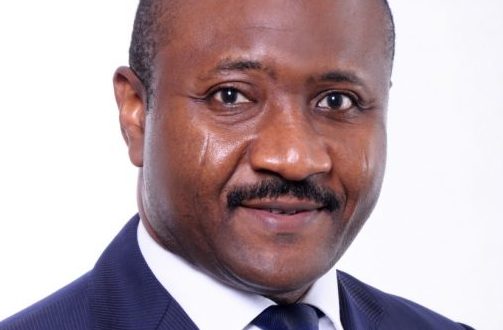 FOREMOST ground handling services provider, nahco aviance (NAHCOaviance), has promoted over 846 of its  2000 workforce more than 45 percent of the Company’s total workforce

This is just as the company has appointed a new MD/ CEO NAHCO Plc, Mr. Idris Yakubu who takes over from Mrs. Folashade Ode who has been acting since Nobert Bielderman exited.

The promotion and appointment, which was approved by the Board of Directors, and announced over the weekend, was one of the staff improvement programmes by NAHCO Plc. The promotion which came against the background of an economy that is still in technical recession shows the importance that the Company places on its staff.

In a statement announcing the promotion, the outgoing Acting MD/ CEO, Mrs. Folashade Ode, said that the promotion exercise was based on well – defined criteria that ensure fairness and transparency. She restated the Company’s resolve to keep a happy and well–motivated workforce.

The statement stated further that: “A more transparent, performance driven reward and compensation system will be put in place to improve our overall service quality with positive impact on our revenue and profitability.”

She urged all staff to reciprocate the Board’s kind gesture by rededicating themselves to their duties to further enhance the progress of NAHCO.

The current promotion exercise came about two years after the Company promoted 390 staff. The last promotion carried out in September 2015 was widely applauded by the aviation unions and other stakeholders who urged other operators in the industry to emulate NAHCO’s commendable welfare policies.

Only in July this year, the Company effected salary increment with some staff getting as much as 15 percent increase in their salaries.

In a related development, Mrs. Ode welcomes the incoming MD/ CEO NAHCO Plc, Mr. Idris Yakubu. He takes over from Mrs. Folashade Ode who was appointed in an acting capacity following the exit of Mr. Norbert Bielderman effective August 31 this year.

Ode formally hands over to Yakubu on 20th November, 2017, after which she would revert to her portfolio of Acting MD/ CEO of NAHCO EPI.

A consummate Relationship Manager, Team Builder and Turnaround Specialist, Idris was a key member of the Fidelity Bank Consolidation Implementation Team at Fidelity/FSB between October & December 2005 serving as Chairman, Marketing and Products Sub Committee, and was a key member of the Team that led the Bank to achieve the heights attained, till mid – 2015.

Nigerianflightdeck is an online news and magazine platform reporting business stories with a bias for aviation and travel. It is borne out of the intention to inform, educate as well as alter perceptions with balanced reportage.
Previous Unions meet ICRC over airport concession present strong case
Next ICAO designates Air Peace IWAF’s official carrier