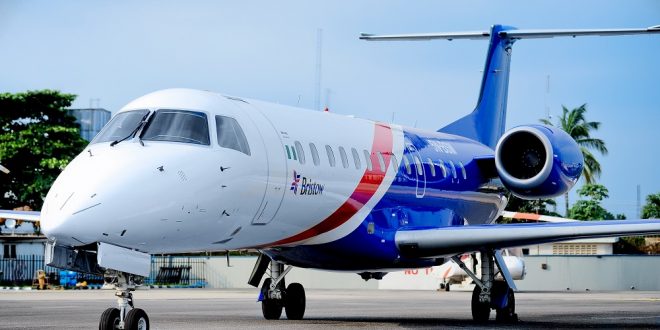 NATIONAL Association of Aircraft Pilots and Engineers (NAAPE) this morning shutdown the activities of Bristow Group as its members completely withdrew their services to the organisation over violation of conditions of services, marginalisation of Nigerian professionals among other things.

This operations of the airline was shut down indefinitely, including access to aviation fuel for the airline to operate as well as a lack of technical workers including pilots and engineers until all the issues in contention have been equitably resolved.

The union has further declared that the strike would continue until Bristow management justifies their extraordinary recruitment of expatriates, or streamlines the ​number ​of expatriates in its employ to be in alignment with Nigeria’s Expatriate Quota ​Laws, recalls the NAAPE member sacked arbitrarily with due apology, immediately locate all pilots and engineers appropriately on the progression ​matrix established by the Conditions of Service as well as undertakes to abstain from current strong-arm tactics, impunity, intimidation, ​manipulation of facts, and general recklessness.

NAAPE National President, Comrade Abednego Galadima stated that the union and Bristow have been in a topsy-turvy relationship for years without mediation despite interventions from Federal Ministry of Labour and Employment, the Federal Ministry of Interior, and the Nigerian Civil Aviation Authority (NCAA).

The statement read, “NAAPE and Bristow have been in a frosty relationship for over four years now. Within this period, not a single issue has been completely resolved. Not even several interventions by the Federal Ministry of Labour and Employment, the Federal Ministry of Interior, and the Nigerian Civil Aviation Authority (NCAA) have succeeded in resolving any of the many issues. We consider this shameful situation to be a sad and sorry tale of failure of industrial relations by both parties.”

The union listed its grouse stated that the current state of affairs has been foisted by the management of the Bristow Group which has promoted management by subterfuge to an art, where impunity and manipulation of facts are official management tools of oppression and coercion.

It listed, marginalisation Of National Pilots And Engineers And Expatriate Quota Abuse stating that:

“The management has, however, refused to designate and Type Rate these engineers appropriately just to disable them from growing their career. This is a disingenuous way for the management to continue to hire expatriates under the guise of absence of local expertise.”

“Also, the management continues to deny qualified national engineers promotion into senior positions while continually training expatriates to hold same positions in perpetuity.
ii)​​In the same vein, ten (10) national pilots who obtained their flying licenses from Florida over four (4) years ago also remain in limbo. The management has refused, up till now, to designate them as First Officers. If they did, pilots could have become Senior First Officers by now.”

The pilot and engineer association continued,”As further evidence of massive Expatriate Quota (EQ) fraud going on in the Company, the workers were deceived when about May last year, the management brought in an AW139 helicopter for search and rescue operations with whole foreign crew and engineers. But later in September, the management declared redundancy for national pilots and engineers claiming surplus to requirement.”

“When the issue of the expatriate crew of the AW139 was raised, the management claimed they were not Bristow Nigeria Personnel only for the management to later release the AW139 and then transfer all expatriate pilots and engineers on the helicopter to Bristow payroll till date without going through any EQ regularisation as required by law.”

“Recently, the management fired the Training Manager, Capt. George Santos (a national) and replaced him with Capt. Matt Newman (an expatriate) just to satisfy the racist appetite of the company’s promoters in Houston because Capt. Santos had not been found wanting in any particular regard. ”

“And we are not oblivious of the fact that apart from Capt. George Santos, there were other Nigerian Training Captains in Bristow adequately certified by the NCAA and with requisite experience to occupy the position. We wonder, therefore, the basis by which Bristow obtained an expatriate quota to bring in Matt Newman. We would rather believe that Newman is in the country illegally.”

He stated that Bristow management has, “Kept pilots and engineers progression at bay, refused to pay for forced work rotation which they kept in place for the whole ​year January to December of 2017 and have also declared redundancy but refused to offer any justification as required by ​labour ​law and Condition of Service, while bidding for time to render potential ​victims ​helpless”

“Bristow management has commenced a policy of witch-hunting, intimidation and victimization of union ​members leading to arbitrary sacking of a pilot without recourse to the ​procedures ​established in the Conditions of Service and have created and forced engineers into a shift pattern that requires them work for in ​excess of what is agreed in the Conditions of Service”

“Our union has tried its best to be calmed, composed and matured under this maze of malfeasance on the part of the management. We have tried every form of engagement with the hope of securing an amicable settlement of these issues. But our forbearance has been taken for granted, and our patience has been repaid with scorn and mocking by the management.”

Nigerianflightdeck is an online news and magazine platform reporting business stories with a bias for aviation and travel. It is borne out of the intention to inform, educate as well as alter perceptions with balanced reportage.
Previous Africa Prudential Registrar launches new code USSD *4018#
Next Fleet/route expansion: Air Peace takes delivery of first Embraer 145 jet, establishes subsidiary