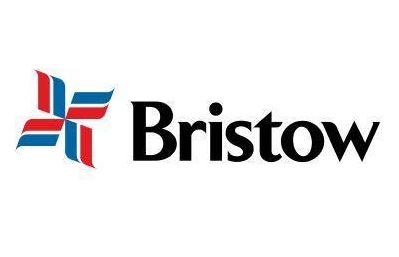 NAAPE commences indefinite strike at Bristow August 3 over discriminatory COS, others

NigerianFlightDeck 2nd August 2020 Aviation News Comments Off on NAAPE commences indefinite strike at Bristow August 3 over discriminatory COS, others 724 Views

NATIONAL Association of Aircraft Pilots and Engineers (NAAPE) has resolved to completely withdraw all services rendered to Bristow Helicopters indefinitely from 00hours August 3rd, 2020 over the renewal of pilots and engineers Condition of service (COS) and other sundry matters in that organization after further break down of negotiations.

NAAPE on July 15, 2020 had embarked on a three day strike at Bristow Helicopters but it would seem that has not moved the airline management to expedite action to ameliorate the situation.

A letter informing all members of the strike in Bristow signed by the Deputy National Secretary, Umoh Ofonime with Ref NS/GS/NAAPE/vol.051/2020 dated July 29, 2020 explained the journey so far with Bristow Management.

The letter stated that NAAPE has been engaging Bristow to carry out the renewal of pilots and engineers Condition of service (COS) and other sundry matters in that organization. The letter in part read:

NAAPE in the letter further highlighted some of the issues under contention which included management’s proposal to suspend the COS negotiations and their deliberate subversion of established terms of agreement with NAAPE.

The letter also pointed out as reason management’s,” Insistence on benchmarking salaries of national pilots and engineers to an obsolete rate of NGN345/$1 coupled with their recent insistence on their proposal to implement NGN355/$1- a rate which is not obtainable on any legal foreign exchange window in the world while still paying expatriate foreigners their full remuneration in USD.

“Failure to train qualified persons for ATPL and failure to fully reimburse individuals who have successfully completed their ATPL through self sponsorship- a deviation from the agreement in place at the time and disproportionate matching and capped reimbursement cash figure for self-sponsored pilots on ATPL with an employment bond of 30 million naira – An obvious unethical and sharp practice.

Other include,” Odious laying off of young cadet and trainee engineers after several years of tearful sacrificial toiling on the basis of a promised career in the company and now in extension of the insatiable thirst of nulling our vitality, the company is prepping for a preposterous and unjustifiable redundancy of engineers and pilots hitherto grossly mistreated vis-à-vis the company’s non-adherence to expatriate quota law, national content law and presidential executive order No.5

As well as, “Anomalous implementation of Engineers matrix/chart/progression and refusal to adjust national engineers’ progression in tandem with expatriate nationals and global aviation standards and the norm of jettisoning negotiated agreements as in the case of systemic dissolution of engineering work shift in Eket operation.

According to NAAPE, it has consistently engaged Bristow management for amelioration of these issues to no avail.

“ As a result of these blatant discriminatory policies and consistent victimization of Nigerian nationals at the hands of Bristow management our members are no longer mentally conditioned to safely deliver their professional obligations under such absurd, discriminatory and excruciating work environment.

“NAAPE uses this medium to issue a strong warning to any detractor to steer away from any acts of sabotage or betrayal. Expatriates are particularly advised not to engage in any actions which may be viewed as an act of sabotage- such action shall define anyone who acts otherwise as an antagonist of good faith and will be met with the appropriate response. To this effect, NAAPE expects and demands full compliance from all members including Chief Engineers and Chief Pilots,’ the strike notice read.

Tags Bristow NAAPE NAAPE commences indefinite strike at Bristow from August 3 over discriminatory COS; others

Nigerianflightdeck is an online news and magazine platform reporting business stories with a bias for aviation and travel. It is borne out of the intention to inform, educate as well as alter perceptions with balanced reportage.
Previous Arik Air recommences flights to Benin, Jos, Owerri, Asaba
Next Its sabotage for Nigerian Embassy to market Emirates ‘evacuation’ flights- Hon Nnaji chides