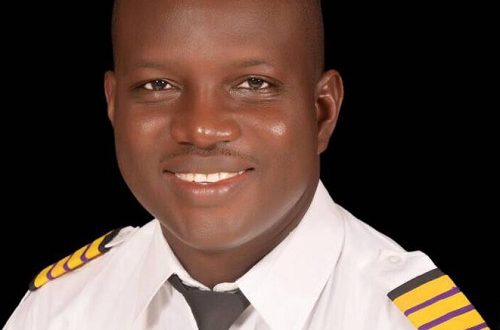 NATIONAL Association of Aircraft Pilots and Engineers (NAAPE) has sent out an appeal to the Asset Management Corporation of Nigeria (AMCON) to pay no fewer than 50 of its members in Aero Contractors redundancy benefits having declared them thus since 2016.

President of NAAPE, Abednego Galadima made this appeal to AMCON at the weekend while also stating that the association has resolved all pending industrial relations challenges between employer and employee especially allegations of a cabal forming within airline operators meant to arm-twist their members.

The NAAPE president spoke to some reporters at the pilots and engineers new national headquarters in Lagos highlighted some of the challenges in the industry including that of non remittance of pension deducted from its members and explaining how these will become thorny issues in the not too distant future.

On his appeal to AMCON, the NAAPE President decried how staff of Aero have suffered and how whatever was accrual to them since 2016 may have lost value having gone through recession twice and inflation countless times.

Recall that AMCON took over Aero Contractors in February 2016 and in March 2017, the airline issued redundancy to over 60% of its staff which saw endless days of union activities and according to NAAPE, up till now no staff declared redundant has been paid. Read also: Aero Issues redundancy notice to 60 staff

Galadima said, “The issue of the redundancy benefit payment of Aero Contractors has lingered too long, as you may recall, Aero is under receivership and they rendered people redundant since 2016. We are still battling to see that our members are paid their benefits. The time value for money has already been lost; I want to call on AMCON to see that this money is immediately paid so that these Nigerians would go home and get on with their lives.

“To be fair with you, we know we have over 50 workers but the total money so far is still being calculated. The Aero management reneged on their commitment to give every worker a letter communicating to him what is due to him so we can’t provide that figure. The airline itself has done its own calculation but they have not communicated what each category is entitled to, based on what the union agreed with those affected since 2016.

On issues of non-remittance of deducted pension funds, the NAAPE president drew the attention of employers in the aviation industry to the negative trend explaining that if these funds are not remitted, it would amass and the employers would not be able to pay, stressing that it is another challenge waiting to rear its head in the no distant future.

He said, We also want you to publicize some of the challenges NAAPE is having, particularly in the areas of pension. Employers, most of the operators in this industry do not pay deducted pensions of their staff as at when due. And you know as a worker, you always look forward to retirement and that is what we normally fall back on.

Most of the private operators still owe staff, especially our members’ pensions; they deduct and not remit. We want them to be sensitized to know that this is not right, and by the time they accumulate it, it becomes very difficult for them to pay.

On the thorny issue regarding sack of NAAPE members by some airlines in November 2020 and a conspiracy aimed at not employing them among members of airline operators, Galadima said the issue has been dealt with and normalcy is returning.

The NAAPE President said, “The truth of the matter is that we have intervened on all the issues you have talked about. In Bristow, the airline said for obvious reasons that their business has dwindled therefore we negotiated according to Trade Union Law, their redundancies and they have been paid, all of them have been paid nothing is outstanding.

“In the case of Air Peace, after we intervened as NAAPE after our press conference the Minister asked them to… as I speak to you today Air Peace has lifted its salaries back to pre-COVID for its staff and they actually  gave opportunity for those that want to come back to come.

“On the issue of the cabal, if you were here with us at the National Assembly, it was an issue I raised which generated a stir but that has also yielded result, people are beginning to move. In fact, those that left one airline are beginning to get jobs in other airlines. Read also: Azman sacks staff asks AON not to hire

“We have worked with the regulatory body and I tell you that is no longer tenable. Some who left Air Peace are in Azman, others who hitherto left Air Peace have returned to Air Peace, there’s migration people that left Azman are now in Max Air, Aero.

“These are business operators and they realize that what we are saying is right; it’s a free market economy and the employers will have to get it right. Again, the employers deserve their dues as they employ our members, so part of the strategy, we are already beginning to build bridges so we see things from each other’s lens.”

Nigerianflightdeck is an online news and magazine platform reporting business stories with a bias for aviation and travel. It is borne out of the intention to inform, educate as well as alter perceptions with balanced reportage.
Previous NIS ACG Zone ‘A’ demands proper documentation for sea vessel crew to ensure fast clearance
Next Airport Police Commissioner canvasses community policing