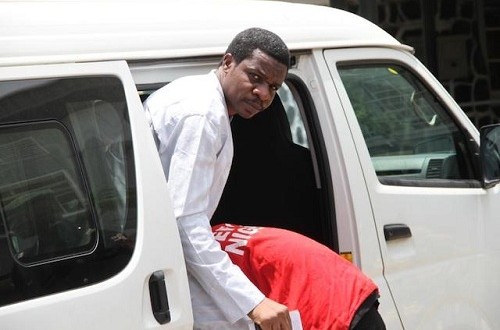 The Economic and Financial Crimes Commission (EFCC) said that the ownership of the listed properties was yet to be determined.

All the individuals and the companies involved are on trial before Justice Babs Kuewumi of the same court facing a 21-count charge bordering on N6.8billion fraud.

The EFCC  had filed a suit seeking  that the bank accounts of the 12 persons and companies currently being prosecuted be temporarily attached and taken over by EFCC until trial is concluded.

EFCC prayed for an order that all dealings and transactions on the bank accounts be suspended pending the conclusion of prosecution of the alleged offences against them.

The prosecution also asked that the properties, buildings, parcels of land and premises belonging to them be temporarily vested in the EFCC.

In a supporting affidavit, an EFCC investigating officer, Mr Nuradeen Bello, said the commission received a petition January 13, 2016, alleging that some management staff of NAMA stole government funds running into billions of naira.

He said that the sums were derived through fictitious procurement contracts, fake container clearing contracts and fraudulent cash advances to some members of staff.

Bello said the funds in the bank accounts are some of the laundered proceeds of the alleged crime for which they are being prosecuted.

The despondent said that while the prosecution is ongoing, the commission got wind of plans by the respondents to transfer funds out of their various accounts.

The properties, buildings, parcels of land and premises belonging to the respondents also form some of the laundered proceeds of the alleged crimes for which they are being prosecuted, Bello further said.

He averred that an order of court attaching the aforementioned funds to the commission was imperative to prevent further dissipation of the respondents’ funds and assets.

He said that it was in the interest of justice to grant the EFCC’s application.

Justice Oguntoyibo granted the application as prayed after it was moved by EFCCs counsel.

Nigerianflightdeck is an online news and magazine platform reporting business stories with a bias for aviation and travel. It is borne out of the intention to inform, educate as well as alter perceptions with balanced reportage.
Previous Sirika reels out Kaduna accomplishments, thanks President, Ag. President, Kaduna governor
Next Counter terrorism: UN trains 34 NCAA, FAAN aviation security personnel