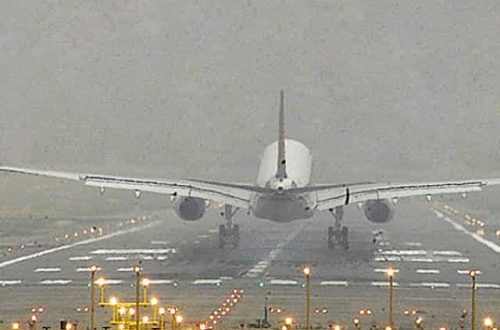 Captain Ibrahim Mshelia, Chairman of West Link has described as a welcome development, the Director General Civil Aviation’s plans to review the National Aviation Policy for the development of the industry saying he has made his submissions.

This is just as he has criticised what he described as disingenuous state weather minima laws, wondering why the country would pay so much to acquire Cat 3 equipment and lighting  that land aircraft in zero visibility with pilots trained to land in adverse weather, but are prohibited to do so due to such laws.

Mshelia was reacting to the DGCA’s assertion last week that he had sent out an All Operators Letter ( AOL) for stakeholders to contribute views and submissions that would help regulate the industry better but met with very few responses.

Mshelia who expressed support for the review said it was impressive because no nation builds itself and the stakeholders will build the industry with their contributions.

Mshelia said,”Well, talk about National Aviation Policy. I think the DG did very well in pushing for a review, the last one was 2013. It’s due for review, ideally every 10 years or anytime it’s necessary. He’s done well there, he sent out that AOL to everybody I can vouch for, he is correct, I received it. I received it, I have contributed my own quota officially with a letter to his office. I’ve done my own contribution.

“I am particularly impressed he sent an AOL and attached the 2013 document and he did assure us that he is willing to work with us so that we bring all our problems and change it. I sat down and did my own and submitted it to the DGs office directly before  I closed for the holidays.

On the DG’s submission on very poor responses he said, “I agree with the DG, part of the problems why the government has not been able to put fingers on challenges and fix them is because of us, the so called professionals.

“…So yes, the reason the DG is saying this is because the truth of the matter is no nation builds itself,the citizens build the nation.We do have experts and all claim experts but why is our aviation system still the worse around here? This is because there is no good intention.

On the State weather minima, Mshelia said the law was an impediment but stressed pilots have no choice but to comply with the laws or be sited for violations, which no pilot wants as it affects their careers and employability.

He said a pilot is trained to fly through adverse weather and normal weather knowing when to do what, and when not to go as he/ she is certificated by the CAA only to be limited  especially during harmattan.

He said,” A pilot is trained to fly through adverse weather and normal weather he knows when to do what, he knows when not to go, he is certificated by the CAA, then the government now limits the pilot’s ability especially during harmattan and say ‘ you cannot fly unless the weather is 800 metres  and above’ I have been shouting about this for a long time but nobody is listening, we are trained on this.

“Now Nigeria has ILS Category 3 in Lagos Airport and complemented with the AFL we can land in zero visibility, why are we limiting it to 800 metres? So why did we have to waste that money? Why didn’t we put that money on hospitals that we need? Or food for our people displaced in IDP Camps due to insurgency? Why did we take that money to buy Category 3 ILS that we can only use in adverse weather like this one and then you  say we can fly to the ground with zero visibility but the law forbids us to do so, when the time to practise comes we are never allowed. When you train it’s for practise but when reality comes we are never allowed

“I’ve flown in Lagos Airspace for 40 years now, there is no time that you get visibility less than 400 metres. I’ve never seen 300 or 200 metres never  and that facility can fly you down under zero visibility. There is something  fundamentally wrong.

“When you are coming in and request information and the ATC gives you all you need and ends with you are below State Minima, if you land, they will file a violation. No pilot wants to get sited with a violation, it affects your being employed, in fact you become a dangerous pilot. So you have to now divert somewhere else.

He went on to say there were Air Laws that counter the practice here in the country but it is left for those in authority to look at it holistically and repeal any archaic impediment to operations especially when the technology is available to do so.

“Meanwhile, even category 2 ILS on 200 metres you can land but still State minima has been there since I was a young pilot, so who put that? Someone in power somewhere and no one had bothered to do anything. For example, I think the Minister of Aviation has the power to change that. It’s not in the Act, or the aviation policy

“I don’t think it’s the DG that can change it the DG is supposed to supervise FAAN, NAMA every service provider is subject to the supervision of the NCAA but I don’t think it is under his purview to change and you know why, I think people had an accident; but if a car had an accident therefore should you park all the vehicles?”

Look out for the full interview on this portal.

Nigerianflightdeck is an online news and magazine platform reporting business stories with a bias for aviation and travel. It is borne out of the intention to inform, educate as well as alter perceptions with balanced reportage.
Previous Infrastructure deficit: Open old Abuja int’l terminal to domestic airlines, extend Lagos operating time- Mshelia
Next How indigenous MRO will grow Nigeria’s economy, create jobs, reduce capital flight – Caulcrick