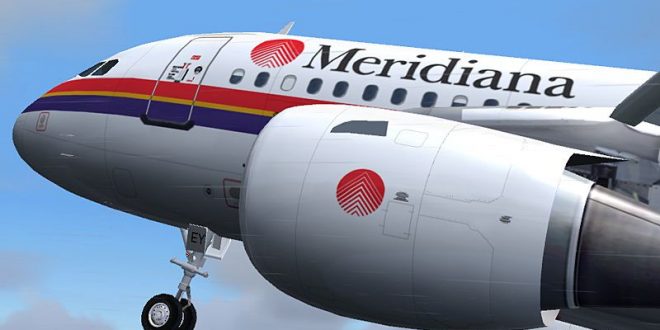 ITALIAN carrier, Meridiana fly, regional flight partners of Nigerian carrier Dana Air has reaffirmed its commitment to the Nigerian and Ghanaian markets by confirming both routes in their summer schedule for 2017.

The airline, supported by Ghana’s first affiliated global aviation advisory firm -Dre Aviation and one of Nigeria’s leading airlines Dana Air, Meridiana Fly entered into the West African market with an iconic  Boeing 767-300 series aircraft, and a superior on-time performance rate of 99.5 percent. The airline is pleased with the success-rate it has recorded within its short entry.

Speaking to newsmen in Lagos, Dre Aviation’s, Mr Paul Bassam Saade said “A prudent approach was taken by Meridiana when entering these highly competitive markets but we have demonstrated stable operations and a growing commercial presence for them in West Africa and they are pleased with the results”

Commenting further,Saade said, ‘‘based on the feedback from our guests, we have also rescheduled the flight times which now means a late evening departure from Lagos which arrives in Italy’s Milan Malpensa Airport early the next day, allowing our Nigerian passengers to onward connect onto Meridiana services into Europe and beyond. This is a compelling proposition as the fares are much cheaper than other carriers into Europe and offers a real alternative for the travelling public. Our fares start at $350 all in for a one way ticket into Europe.”

He noted that more frequencies will be added in due course and dre aviation is ramping up the market initiative for the carrier in Both Ghana and Nigeria.

The global aviation advisory firm, which is also Meridiana Fly’s office GSA partner for Sierra Leone and Liberia, are seeing demand for connecting passengers from these  markets into Italy grow via the Lagos service.

With a record 4.5 million passengers flown in the last 8 years of its operation, Dana Air who provides key operational staff to the Nigeria operations,  currently operates over 27 daily flights from Lagos to Abuja, Port Harcourt, Uyo and Owerri. The airline is reputed for its superior on–time performance, world-class in-flight service and customer service. ​

Nigerianflightdeck is an online news and magazine platform reporting business stories with a bias for aviation and travel. It is borne out of the intention to inform, educate as well as alter perceptions with balanced reportage.
Previous Abuja closure: SAA to suspend Abuja operations March 6; BA, others may follow
Next BA joins SAA, others ceases operations to Abuja over runway closure