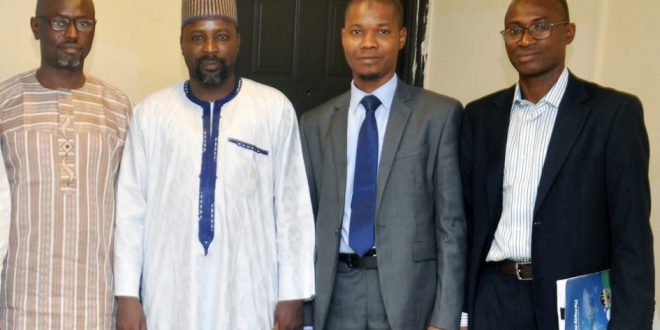 MED-VIEW Airline has appealed to travel agencies in Kano to continue to support the airline in the interest of the passengers and for growth of Nigerian aviation sector.

The airline as part of its ongoing consultation with its trade partners also restated its calls for travel agents to encourage and support local airlines in the country to grow.

The Managing Director of the airline, Alhaji Muneer Bankole, made the appeal at the Med-View Airline Trade Partner Forum held at Tahir Guest Palace in Kano yesterday reiterated that partnership and relationship with travel agents have been very cordial, calling on them to continuously partner with Med-View Airline in the interest of passengers, who according to him the reason airlines are in business and also for the growth of the sector.

The Med-View boss, who was represented at the forum by the Director of Business Development and Commercial, Mr. Isiaq Na’Allah, told agents in the hall that was filled to capacity that the main purpose of the forum was to inform travel agents that the airline would commence flight operations to Dubai in December 7, 2017 and to also inform them about the airline’s newest package called ‘Med-View Airline Holidays’.

He stated that part of the reasons for the forums was not only to appeal to the agents to help the airline sell Med-View tickets but to also tell them to assist in selling the new package.

Na’Allah said, “we have been partnering for a very long time and we will continue to partner as long as the world exist. Travel agents are the sellers of product and without you it is going to be difficult to sell the product. We want you to continue to be partners.”

He continued, “As part of our expansion drive, we recently opened three new routes:  Abidjan, Conakry, Dakar in the French-speaking West Africa region. We are also about to start flight operations to Dubai route. So, we are here to tell you where we are going and to get your feedback on the routes we have been operating as you sell our tickets. Without travel agent we will not be where we are today.Your contribution have been very encouraging.”

Speaking further to travel agents in Kano, who turned out for the forum, Na’Allah said, “We know the role you played during Hajj and Umrah. We are still calling on you to continue to support us. We have come to tell you that we have a new product and for you to help us sell the product. We don’t want you to believe that after you have sold our product we just walk away. We appeal that you sincerely tell us the truth and the challenges you face as you sell our product.”

On where the much awaited Dubai flight will originate from, a question by one of the travel agents posed, the Director of Business Development and Commercial stated that the flight would be Lagos—Abuja—Dubai, adding that in the near future the airline would look at other points.

They commended the airline for achieving a lot within a very short period despite the what they termed unfavorable environment they operate in.

However, one of the travel agents asked the airline to separate the ticket from the Med-View Holidays package.

Nigerianflightdeck is an online news and magazine platform reporting business stories with a bias for aviation and travel. It is borne out of the intention to inform, educate as well as alter perceptions with balanced reportage.
Previous FAAN opens alternate entrance to multi-storey car park for better facilitation
Next @9 Dana Air counts achievements despite challenges