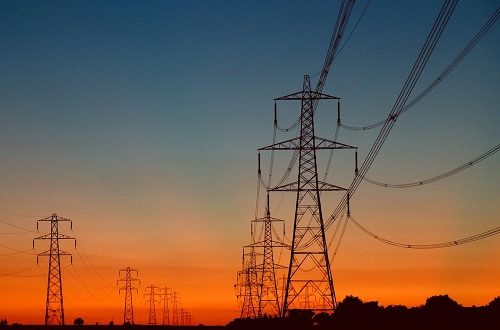 This is just as the company said it has initiated talks with some countries in the West Coast, including Niger, Burkina Faso among others, to take full advantage of the West African Power Pool (WAPP) arrangement.

Executive Director of Mainstream Energy Solutions, Siraj Abdullahi, made these known while responding to questions from reporters during a facility tour of Kainji Dam Hydro Power Plant at the weekend, stating that there are some months the company loses over a billion naira due to stranded power.

“For an average we loose N900 million. There are worse months we loose over a billion Naira in a month, and this is a hard fact” stated Abdullahi.

Mainstream Energy also urged the Nigerian Electricity Regulatory Commission (NERC) to fast track the implementation of the Eligible Customer policy as introduced the Federal Ministry of Power, Works and Housing saying such stranded power could be supplied to eligible customers and create stability in the Nigeria Electricity Supply Industry (NESI).

According to Executive Director, Mainstream had submitted all necessary documents to commence the eligible customer but up till now, NERC is yet to give any GENCO a formal approval to take advantage of the policy.
On the WAPP which is an arrangement that enables West African to start to buy and sell electricity among themselves depending on their generation capacity and their needs.

A coalition of 14 nations, including Ghana, Chad and Nigeria, has been working to connect those countries’ power grids to one another in order to create a unified power market where electricity can flow from Senegal, in the west, 2,430 km east to Niger and everywhere in between.

Mainstream Energy, according to Abdullahi, told journalists that the company is working to develop additional four open pits that would increase its generation capacity for supply to region.
Abdullahi, who decried the rejection of power by the National Control Centre (NCC) said Mainstream Energy has lost a lot of money and equipment to stranded power.

He reiterated that the company is looking beyond the shores of Nigeria to sell its power, adding that it invested a huge amount in enhancing generation capacity.
“We have open pits. We don’t want to leave them idle, we want to do the open pits, put turbines that would generate 240MW, 120MW each. And try to see if can go to the west coast. That is why we registered and we are full members of WAPP, West African Power Pool, We plan to see if we can get to Niger, Burkina Faso, and beyond ” he said.

According to him, the construction and installation of four additional generating units of 120MW each would be executed in two phases, adding that the company is currently working on the financing and the contracts.
Mainstream Energy also revealed it has upgraded the two hydro power plants from 582MW to 922MW of total available capacity.

Nigerianflightdeck is an online news and magazine platform reporting business stories with a bias for aviation and travel. It is borne out of the intention to inform, educate as well as alter perceptions with balanced reportage.
Previous Passengers hail Dana Air Security Team’s integrity, professionalism
Next AIB set standards for safety, engages stakeholders, reviews impact of investigations