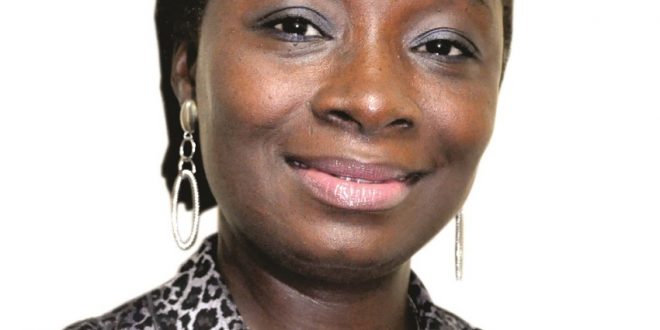 In a statement issued by the management of NAMA, Mrs Adetona who passed on the 13th of July, 2017 after a brief illness will be buried Friday July 28, 2017.

Late Mrs. Adetona (nee Adegun) was born on the 29th of September, 1968 in Ogbomosho, Oyo State. She attended St Paul’s Primary School, Jos and Fatima Private School Jos between 1972 and 1979. Thereafter, she proceeded to Baptist High School, Jos where she obtained her West African School Certificate in 1986. The young Adetona, full of ambition would later attend the University of Jos between 1987 and 1991 where she bagged a Bachelor of Arts degree in English Language.

After her mandatory National Youth Service at the Katsina State Broadcasting Corporation between 1991 and 1992, she moved over to Lagos where she was employed as a Public Relations Officer II with the then Federal Civil Aviation Authority (FCAA)in 1993. She got married to Mr Benson Adetona in 1994 and between them, they have one daughter.

With the creation of NAMA in the year 2000, Adetona was deployed to the agency as Public Affairs Officer II. She rose through the ranks and by dint of hard work and dedication to duty, she was appointed Ag. General Manager, Public Affairs in 2015, a position she held until her demise. An innovative, dynamic and selfless leader, Mrs Adetona brought her wealth of experience to bear on the job.

An active member of the Nigerian Institute of Public Relations (NIPR), Adetona ensured that staff under her supervision remain committed to the course of the organization. The late Adetona was a devout Christian, silent listener, philanthropist and mother to all. She will be sorely missed by the aviation community and NAMA in particular.

Obsequies are as follows:

Nigerianflightdeck is an online news and magazine platform reporting business stories with a bias for aviation and travel. It is borne out of the intention to inform, educate as well as alter perceptions with balanced reportage.
Previous ATSSSAN president flays state of disrepair of PHIA, demands contractor be called to order
Next Emirates highlights female role models in aviation with simulator challenge