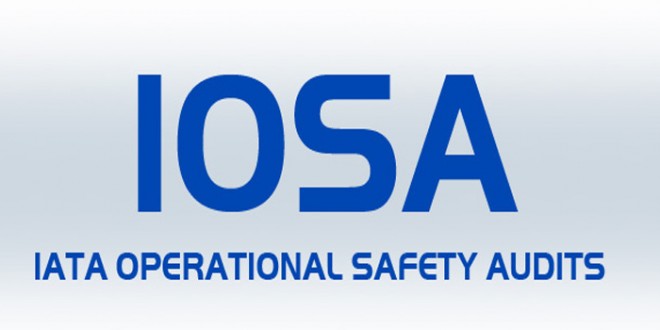 IOSA: What next as more Nigerian carriers become compliant?

NigerianFlightDeck 9th May 2017 Analysis Comments Off on IOSA: What next as more Nigerian carriers become compliant? 446 Views

In the past one year, more Nigerian airlines have seen the need to be members of the International Air Transport Association Operational Safety Audit (IOSA) to boost their ranking and acceptability globally and this has been described by most as a welcome development and have encouraged them to take the next step in safety operations.

ON May 2, 2017, one of Nigeria’s growing domestic carrier, Air Peace was presented with the International Air Transport Association Operational Safety Audit (IOSA) certificate showing the airline’s compliance to the highest levels of safety and putting it at par with carriers worldwide.

This certification is the latest of a string of certifications of Nigerian airlines preparing to play in the big leagues and show that the airlines in this clime as erroneously believed in the past can hold their own and compete on the safety aspect of the business.

How did IOSA become the safety watch word in Nigeria for aviation?

In 2016 visiting Regional Director for Africa, Tanja Grobotek reiterated that the IOSA certification is an aspect of the Abuja Declaration of 2012 that would aid produce safer skies for African airlines.

Abuja Declaration is the outcome of a meeting held in Abuja, Nigeria from 16-20 July, 2012; aimed at fostering partnership around Africa and enhancing safety standards as well as implement all safety initiatives in the region.

Grobotek established that IATA is bent on aiding more airlines see the need to join the IOSA registry as it would improve their chances of safer operations.

He said, “IATA remains focused on its commitment to actively contribute its expertise and resources to help African Nations implement the standards outlined in the Abuja Declaration. One such area is the IATA Operational Safety Audit (IOSA), a proven tool for raising safety. IATA has worked with a number of airlines in Africa to bring them onto the IOSA registry. Eleven have joined since the Abuja Declaration was signed, which means 31 airlines from sub-Saharan Africa now benefit from this rigorous safety audit.”

What benefits are there for Nigerian carriers on IOSA?

For Nigerian airlines, the benefits are already becoming evident as both the Chief Executive of Medview Airlines, Alhaji Muneer Bankole and the Managing Director of Air Peace, Barrister Allen Onyeama have both alluded to code-sharing partnerships which are on the making and have expressed confidence in the deals coming through.

When virgin Nigeria was still in existence, the airline due to its IOSA status was able to get partnerships with both Ethiopian Airlines and Delta Air Lines until that carrier became defunct through acquisitions and mismanagement.

Being IOSA compliant meant that all other airlines in the registry would be able to access your safety protocols and like a communal group set you right or advice you on how to surmount safety challenges.

The IOSA Safety Audit, the instrument for measuring safety among airlines of the world, is not criteria to end safety related issues or prevent air accidents all over the world, but is an audit that helps airlines appreciate the importance of airlines operational safety procedures and following said safety procedures to run an efficient airline.

IOSA is the global airlines standard aimed at reducing the number of overlapping audits by using a single standardized system that is accepted worldwide, what is this IOSA? What role does it play in safety? And are Nigerian carriers compliant to it and what benefits do Nigerian carriers stand to gain from being compliant? The audit throws up some important questions

IOSA, the way the audit is structured aims at immediate cost saving in the short-term, and great cost efficiencies through improved operations in the long-term. IOSA becomes extremely important when an airline or air transportation organization wishes to distinguish itself by complying with this accepted global standard.

And they believe simply is that some of the impact of IOSA to Nigerian aviation is the assurance that airlines follow an international recognized set of operational standards, detailed information and assessment results, for complimenting the primary oversight of airlines also complement existing audit programs such as Safety Assessment of Foreign Aircraft Program (IASA)

Why airlines avoided IOSA in the past?

Registering for IOSA certification and auditing is not mandatory therefore an airline that does not have IOSA certification may have either failed the IOSA audit or alternatively chosen not to participate but there is a drawback as to become an IATA member, an airline needs to be IOSA compliant. Small regional airlines generally don’t do the IOSA audit purely because of the cost to a) have the audit conducted and b) to implement the likely required changes.

Are our airlines ready for the next stage?

As declared by IATA, the IOSA will soon give way for the enhanced IOSA that would be the template to audit airlines as airlines on the IOSA Registry will incorporate ongoing internal assessments using IOSA provisions in their Quality Assurance (QA) program.

According to IATA, before each two-year renewal IOSA audit, the airlines will provide a Conformance Report (CR) to the Audit Organization. The information in the Conformance Report will be reviewed, verified and then form part of the overall IOSA assessment.

And according to IATA, the E-IOSA is based on achieving the four pillars: Continuity, Focus on Implementation, Reliability of Quality Assurance as well as Standardization.

This is buttressed by Regional Manager, IATA, South West Africa, Mr Samson Fatokun in all the certifications he issued Nigerian airlines where he stated that the 2-year certification would soon give way for the enhanced –IOSA or e-IOSA where auditing of airlines will be done daily through the quality assurance managers.

Fatokun who explained the entire process said, “African states met in 2013 and pegged 2017 as deadline to get all member states airlines to be IOSA certified.  IATA rolled out a safety programme for airlines to ensure that African airlines get on the IOSA registry to take the airlines on a stringent process to help increase their safety.”

Fatokun has however expressed hope that the way Nigerian airlines have been able to surpass the IOSA certification is the same way, they will surpass the e-IOSA especially with the help of their supportive managements of which without them, the certification would not be possible.

Now the question, according to Group Captain John Ojikutu (Rtd) of the Aviation Round Table (ART) is really not about compliance entirely or whether these airlines are ready to play in the global stage and comply with all what top airlines are complying with to show their operations are effortless especially through the Billing Settlement Plan (BSP).

He said,” Nigerian airlines might have complied with IOSA which many before them have but how many can comply with the IATA BSP? How many have the capacity to compete with foreign airlines like BA, VA,Delta,Emirates and so on, on the international routes? How many can compete even now on the region with airlines like Ethiopian and Rwand Air?”

Tags e-IOSA How did IOSA become the safety watch word in Nigeria for aviation? IOSA What benefits are there for Nigerian carriers on IOSA?

Nigerianflightdeck is an online news and magazine platform reporting business stories with a bias for aviation and travel. It is borne out of the intention to inform, educate as well as alter perceptions with balanced reportage.
Previous BA offers Executive Club Members more benefits
Next Unions indicate showdown with Minister over Transition Advisers, others