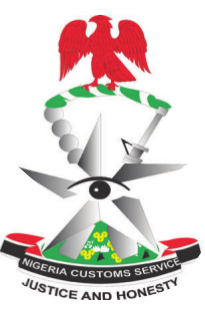 A Senior Officer of the Nigerian Customs Service (NSC), one Mr. Olarenwaju Tajudeen went berserk over a flight delayed coupled with what he viewed as extortion by the airline and destroyed equipment belonging to Arik Air  after which eye witnesses say he turned himself in

Nigerianflightdeck learnt that the incident happened on May 1, 2016 when a Customs Comptroller in charge of Port Harcourt, Mr. Olarenwaju Tajudeen bought an Arik Air flight ticket to Port Harcourt from Lagos for 5:00 pm at about 4:38 pm and when he learnt that there was another 3:00 pm flight to the same destination, he chose to go with the earlier flight.

The airline official at the counter asked Mr. Olarenwaju to pay modification fee (about N3000.00), which he gladly did so his ticket was now rescheduled for 3:00 pm flight, but the flight was delayed and later merged with that of 5:00 pm so when he asked for refund he was informed that the airline does not refund modification fees.

Eye-witnesses say Mr. Olarenwaju became angry went to the desk of Arik Air, pulled a computer monitor out of its cable and hit it on the ground and began to stomp it angrily and completely destroyed it.

The witness said while he was doing that, the airline officials were shocked beyond words and in shock they watched him clump on the computer monitor at the airport  while some people took initiative and videoed his action.

When he completely destroyed the computer monitor, he spread his hands wide in submission and requested that he be arrested.

The man who was dressed in T-shirt, tucked into trousers, according to the video watched by this reporter, and who would be in his 50s, did not look violent but was unable to control his temper as he defied all entreaties when he pulled the computer monitor and hit it on the ground.

Arik source told this reporter that when the incident happened the airline had to inform the Aviation Security (AVSEC) of the Federal Airports Authority of Nigeria (FAAN), which quickly deployed two officials who arrested Mr. Olarenwaju and took him to Tango City, a detention facility of the agency, from where he was taken to Police Airport Command at Beesam.

The police officer in charge of the case, Mr. Seye confirmed the incident on phone when he was called and said the case might be taken to court, but Mr. Olarenwaju was released on the day of arrest because of his standing as a Customs Comptroller.

“We are still on the case. We have called the man for a meeting. If he is not ready to show contrition for his action and what goes with it, we will charge the case to court; after all, he has committed an offense. He is not above the law,” the police official said.

Nigerianflightdeck is an online news and magazine platform reporting business stories with a bias for aviation and travel. It is borne out of the intention to inform, educate as well as alter perceptions with balanced reportage.
Previous FAAN boss promises interview for successful AVSEC candidates
Next Emirates Group announces record US$2.2 billion profit