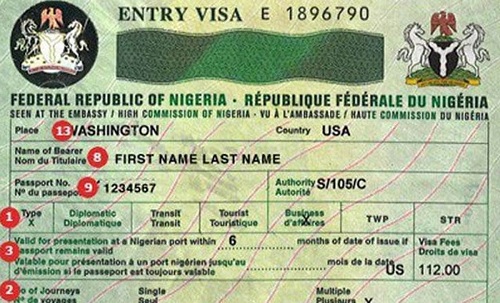 AT the directive of Minister of Interior Ogbeni Rauf Aregbesola, the Nigeria Immigration Service (NIS) has complied and effected the visa fee changes as it affects American Citizens to $160.

The change, in a statement signed by Service Public Relations Officer, Deputy Comptroller Immigration (DCI) Sunday James for the Comptroller General Muhammad Babandede; has been effected in the Service portal and all our Diplomatic and Consular Missions have been advised to comply with effect from 29th August, 2019.

The Honorable Minister of Interior exercised the powers conferred on him in Section 30 subsection (1) of the Immigration Act, 2015.

Nigeria had announced a cut in visa fees for US citizens after the American government Tuesday increased visa fees for Nigerian passport holders in retaliation to a previous increase by Nigeria.

“The attention of the Ministry of Interior has been drawn to the introduction of reciprocity of Visa Fees by the United States of America.

The Ministry acknowledges that there were engagements with the United States Embassy on the issue and in the aftermath, a Committee was set up to conduct due diligence in line with the Ministry’s extant policy on reciprocity of Visa fees.

The Committee had concluded its assignment and submitted a Report but the issuance of authorization for its recommendations was delayed due to transition processes in the Ministry at the policy level.

The Honourable Minister of Interior, Ogbeni Rauf Aregbesola has approved the decrease of Visa charges payable by US citizens in line with reciprocity policy as recommended by the Committee.

Accordingly, the Comptroller-General of Nigeria Immigration Service (NIS), Muhammad Babandede, was directed to implement the decrease in Nigeria’s Visa charges to US Citizens with effect from Thursday, 29th August, 2019,” the statement said.

Nigerianflightdeck is an online news and magazine platform reporting business stories with a bias for aviation and travel. It is borne out of the intention to inform, educate as well as alter perceptions with balanced reportage.
Previous Immigration Zonal headquarters sensitizes foreign nationals on Migration e-Registration
Next FG takes delivery of $8.5m calibration aircraft save $1million annually