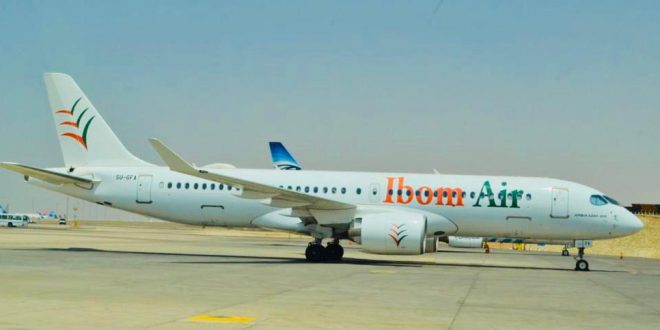 THE Board, management and staff of Ibom Airlines Limited (Ibom Air), has felicitated with the government and people of Akwa Ibom State on its 35th anniversary, commending govt for the vision in creating the airline that has improved the lot of the state socially, economically and put it on the map.

According to a statement by Group Manager, Marketing and Communication Ibom Airlines Limited, Aniekan Essienette, in
three years, Ibom Air had contributed significantly to the human and capital development of the state, employing well over 350 indigenes, and training them in various high skills and professions within the aviation industry, including as pilots and engineers.

The airline thus saluted the leadership of the Akwa Ibom State Governor, Mr. Udom Gabriel Emmanuel for conceiving and nurturing the dream called ‘Ibom Air’, while giving it the free rein to thrive as a business in the aviation industry.

The statement read that since its creation, Akwa Ibom State has recorded considerable growth in human and capital development.

With her strategic expansion plans, the airline continues to hold its own, while remaining well positioned for the future.

The airline further saluted the courage and tenacity of Governor Emmanuel, while wishing him and indeed the State a successful transition into the next dispensation.

Nigerianflightdeck is an online news and magazine platform reporting business stories with a bias for aviation and travel. It is borne out of the intention to inform, educate as well as alter perceptions with balanced reportage.
Previous ValueJet gets AOC set to commence operations soon
Next NIMASA DG, Dr. Jamoh bags National Honours