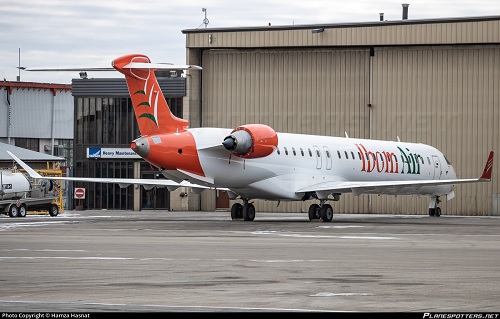 IBOM Air is still moving on an upward trajectory following its announced January 2021 93% schedule reliability and 94% on time performance keeping its figures high again in the first month of the New Year.

The airline which rounded off 2020 with a record on-time performance, displayed its impressive statistics across its widely followed social media handles where it showed that of 716 scheduled flights it operated 694 flights of which 668 flights were on schedule while 650 of those flights were on time performances.

The airline since 2019 has been consistently displaying its service reliability, a move that has endeared it to the travelling public

Just on February 1st, the airline introduced a Customer Loyalty Program- the ‘Ibom Flyer’ giving customers the chance to get rewarded for their continuous loyalty to the Ibom Air brand.

Nigerianflightdeck is an online news and magazine platform reporting business stories with a bias for aviation and travel. It is borne out of the intention to inform, educate as well as alter perceptions with balanced reportage.
Previous FG places 72 hour ban on Emirates from Nigeria over flouting COVID-19 Protocols
Next NCAA lifts 72 hour suspension on Emirates immediately as UAE suspends pre-departure RDT