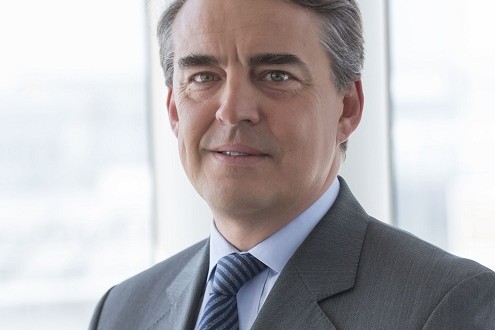 IATA calls for urgent alternatives to US electronic restrictions

INTERNATIONAL Air Transport Association (IATA) called on governments to urgently find alternatives to recently announced measures by the United States and the United Kingdom to restrict the carry-on of large electronic items on certain flights departing the Middle East and North Africa.

IATA Director General, Alexandre de Juniac made this demand in a speech to the Montreal Council on Foreign Relations in which he highlighted the need to maintain public confidence in the security of the global aviation industry which safely and security operates an average 100,000 flights a day.
“The current measures are not an acceptable long-term solution to whatever threat they are trying to mitigate. Even in the short-term it is difficult to understand their effectiveness. And the commercial distortions they create are severe. We call on governments to work with the industry to find a way to keep flying secure without separating passengers from their personal electronics,” said the IATA CEO.
“With the measures now in place, our passengers and member airlines are asking valid questions. Why don’t the US and the UK have a common list of airports? How can laptops be secure in the cabin on some flights and not others, including flights departing from the same airport? And surely there must be a way to screen electronic equipment effectively? The current situation is not acceptable and will not maintain the all-important confidence of the industry or of travelers. We must find a better way. And Governments must act quickly,” de Juniac continued.
IATA also expressed frustration at the process used by governments to put in place the security measures which was woefully lacking. “The industry came together quickly to implement the new requirements. That was a challenge because there was no prior consultation and little coordination by governments,” said de Juniac.
IATA has long called for better information sharing and coordination on security measures among governments and with the industry.
“While governments have the primary responsibility for security, we share the priority of keeping passengers, crew and aircraft secure. To do that effectively intelligence is king. And it needs to be shared amongst governments and with the industry. It’s the only way to stop terrorists before they get near an airport, let alone aircraft,” de Juniac.
Moreover, cooperation between industry and governments yields a better result. “Airlines don’t want access to state secrets. But if airlines understand the outcome governments want, they can help with the operational experience to deliver that result effectively and efficiently,” said de Juniac.
International Cooperation
Challenges to aviation security were highlighted in Resolution 2309 of the UN Security Council which tasked the International Civil Aviation Organization (ICAO) to develop a Global Aviation Security Plan (GASeP). “The need for such a plan has been made very clear by wide gaps in the measures taken by governments in recent days. States need to lend their full support to ICAO in developing GASeP quickly. And even before that can be achieved, there is an early opportunity to make a real improvement to international cooperation on security. In May ICAO member states will consider amendments to Annex 17 of the Chicago convention that would require information sharing. The security experience of recent years should compel States to support this,” said de Juniac.

Nigerianflightdeck is an online news and magazine platform reporting business stories with a bias for aviation and travel. It is borne out of the intention to inform, educate as well as alter perceptions with balanced reportage.
Previous Arik Air extends N16, 000 promo fare for Easter, improves schedule performance
Next 5% TSC, CSC remittance: Airlines’ to face sanction as deadline end March 31