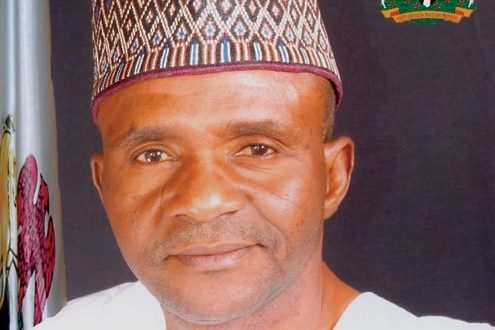 ACCIDENT Investigation Bureau ( AIB) today released the report of the Cessna 208B Caravan aircraft that cost the life of former Taraba State Governor, late Danbaba Suntai and three other passengers revealing he was not certified, qualified or competent to fly the aircraft.

This is just as the Bureau revealed in its report that it could not conclusively determine the cause of this accident which occurred at Kwanan-Waya Village, Yola South Local Government Area, Adamawa State On 25th October 2012, seven years ago

According to the final report released on the Cessna 208B Caravan with registration marks 5N-BMJ belonging to Ministry of Works and Transport, Taraba State Government; flown by the late former governor, Suntai was qualified to fly a Cessna 172 but on the day of the unfortunate accident he commandeered a Cessna Caravan 208B.

The AIB among its findings also identified the decision of the pilot to operate a Visual Flight Rules (VFR) flight after sunset when he was not type rated on such operations as well as inadequate oversight by the Regulatory Authority as contributory causal factors.

Also that the pilot does not have instrument ratings and night flight privileges and reported an incorrect estimated time of arrival (ETA at Yola as 10:01 UTC as against the time 17:19 UTC.

The deceased had also reported the number of persons on board as 06 to the Control Tower as against 04 actual persons found after the accident.

The flight, it was discovered, was conducted after the sunset time in Yola on the day of accident and the Control Tower was notified about 5N-BMJ departure by phone call from Jalingo after the aircraft was airborne.

The Bureau was unable to interview the pilot as he was flown out of the country for further medical treatment but established that the pilot has completed training and obtained a Private Pilot License.

The engine, according to the report, exhibited contact signatures to its internal components characteristics of an engine producing power at the time of impact and did not display any indications of any pre-impact anomalies or distress that would have precluded normal engine operation.

There was no evidence to suggest that MWTTSG had a Permit to Fly for Non-Commercial Flight (PNCF) as required by Nig.CARs part 18.2.4: Air Transport Economic Regulations.
Before the arrival of the rescue team to the accident site, the locals had rescued the occupants from the wreckage.

The terminal building being renovated at Yola airport is obstructing the view of the approach path of runway 35 from the Control Tower.

The AIB in it safety recommendations called on the Nigeria Airspace Management Agency ( NAMA) to take appropriate action to relocate the existing control tower at Yola Airport in order to enhance the aerial view of the approach path of runway 35 from the Tower.

The Bureau also advised NCAA to ensure all pertinent regulations with regards to the operations of the aircraft and certification of all relevant personnel and facilities of the Ministry of Works and Transport, Taraba State Government are appropriately complied with.

For full details of these reports and all other reports visit www.aib.gov.ng

Nigerianflightdeck is an online news and magazine platform reporting business stories with a bias for aviation and travel. It is borne out of the intention to inform, educate as well as alter perceptions with balanced reportage.
Previous SAHCO PLC lists on Nigerian Stock Exchange
Next AIB releases final report on Delta A330 engine fire incident