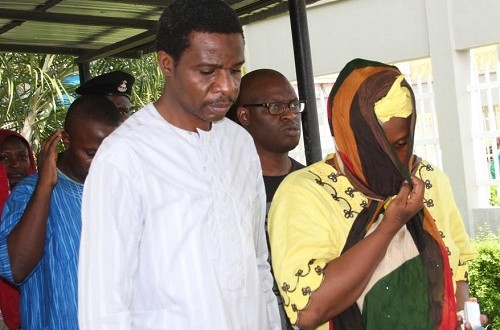 The Prosecution yesterday explained to the Justice Babs Kuewunmi  Federal High Court in Lagos how the Managing director of the Nigeria Airspace Management Agency (NAMA), Ibrahim Abdulsalam and his cohorts allegedly stole N6.8 billion from the agency’s coffers since 2013

This is just as Nigerianflightdeck has learnt on good authority that the Permanent Secretary of Ministry of Transportation, Alhaji Sabiu Zakari have handed letters of suspensions to the accused who work with NAMA individually.

According to the EFCC on August 19, 2013, the defendants, with intent to defraud, conspired to induce NAMA to deliver N2, 847,523,975.00 to Delosa Ltd, Air Sea Delivery Ltd and Sea Schedules Systems Ltd under false claims that the money represented the cost of clearing NAMA’s consignments.

A prosecution witness, Stanbic IBTC Bank’s Compliance Officer, Babatunde Adenekan, said NAMA’s funds were paid into Delosa’s account and distributed to others between 2013 and last year.

“On December 7, 2014, N37.5 million came into Delosa’s account from the Central Bank of Nigeria (CBN). On the December 18, N10 million in three places was transferred to Randville Investment Limited and another N7million on the same day”, he stated.

He said Randville had 10 fixed deposit accounts and one current account. The signatories, he said, were  Agbolade Segun (third accused) and his wife, Agbolade Susan.

According to him, N3.1 million was also transferred to Segun’s personal account on January 2, 2013, adding that Bola Akinribido and Sesebor Abiodun also benefited from the cash distribution.

The case has been adjourned till May 30.

Nigerianflightdeck is an online news and magazine platform reporting business stories with a bias for aviation and travel. It is borne out of the intention to inform, educate as well as alter perceptions with balanced reportage.
Previous Emirates Group announces record US$2.2 billion profit
Next Labour gives FG till Wednesday to revert pump price or…