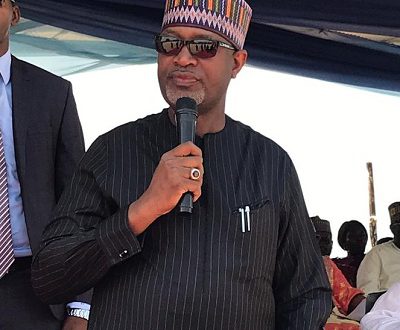 MINISTER of Aviation, Hadi Sirika has said that there will be a full investigation into the alleged violations of COVID-19 protocols at Mallam Aminu Kano Airport and the Port Harcourt Airport with the aim of showing governments resolve to safeguard its citizen from the dreaded Covid-19 virus.

According to the minister, if found guilty of being unruly as passengers, the culprits which includes former governor of Zamfara State, Alh. Abdulaziz Yari, Alh Ahmadu Umaru Fintiri of Adamawa State and This Day Publisher Nduka Obaigbena may face jail terms not less than two (2) months.

In today’s Presidential TASK Force on Covid-19 Briefing, Sirika expressed dismay at how the Very Important People (VIPs) were flagrantly disregarding protocols and behaving unruly stating that investigations will commence as there are Close Circuit Televisions (CCTV) at the airports that would implicate or vindicate anyone.

“ One of the agencies, FAAN in particular put out a tweet on the activities of VIPs at the two airports, first was the Kano Airport on Saturday involving former governor Yari and the one of yesterday by Adamawa State Ahmadu Umaru Fintiri  and This Day Publisher Nduka Obaigbena.

“If we investigate and we find we are wrong, we will tender our unreserved apology but if they are found guilty of the crime of being unruly, the weight of the law will transpire

Quoting the Civil Aviation Act and its content on unruly passengers, Sirika noted the word “unruly” refers to myriad of issues but in reference to the case the Act Part 17. 97. 1 (c) read:  Fighting or other disorderly conduct on board an aircraft or at the terminal building; (e)  Disobedience of lawful instructions issued by the aircraft commander, flight crew, cabin attendants, check-in staff and/or security screening staff ;

Sirika however said if found guilty, the federal government will make a criminal referral to the Nigerian police who must prosecute and the penalty is a jail term of not less than two months.

“No one wants to be in jail even for a minute and the penalty says not less than two months and so it could be 10 years. So VIPs show you are truly VIPs and conduct yourselves in the manner that will be worthy of it… we have videos and we are investigating this. He said.

FAAN’s had earlier this morning tweeted this: “The Management of the Federal Airports Authority of Nigeria (FAAN) hereby strongly condemns the conduct of the Governor of Adamawa state Alh Ahmadu Umaru Fintiri, who arrived Port Harcourt international Airport aboard aircraft 5N-IZY, at 17:08 hrs on 14th July 2020 with 8 others, and who flagrantly refused to observe the Airport Security and Public Health protocols as directed by the Federal Government through the Presidential Task Force (PTF) on #COVID19 by refusing to have his temperature checked, or being sanitized by the health officials.

“His whole entourage of eight (8) did exactly as he did. The team that came to receive them drove right through the barricades up to the terminal building ignoring traffic and Aviation Security instructions.”

Meanwhile, speaking on airports reopening earlier, the Minister insisted that airports were not opened on geo-political basis and that government has a right to shut any airport after it reopens for any number of reasons.

According to him there has been pressure to reopen Sokoto Airport but some airports as highlighted by their managers are not ready yet.

Nigerianflightdeck is an online news and magazine platform reporting business stories with a bias for aviation and travel. It is borne out of the intention to inform, educate as well as alter perceptions with balanced reportage.
Previous NAHCO PBT grows to N1.34bn, shares N487m divid­ends among sharehold­ers
Next Deny COVID-19 protocol violators airport access, Rep Nnaji recommends