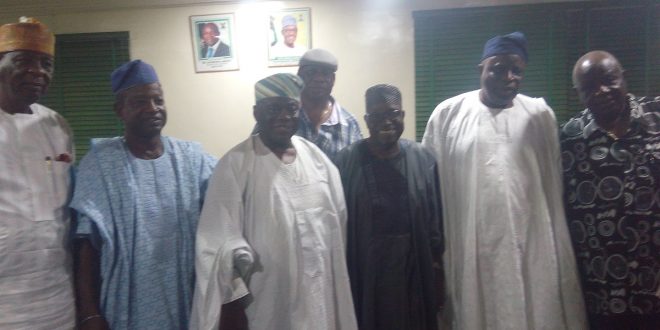 A former managing director of Skyway Aviation Company limited (SAHCOL), Dr Oluropo Owolabi has been elected president of the Association of Friends Club in Lagos just as he promised to identify with the less privileged in the society by giving back to them.

Speaking to journalists after his election at the club’s house at Maryland Ikeja, Dr Owolabi said it was time to give back to the society by identifying with the downtrodden.

According to him there was need to groom the youths, educate them through lectures and talks on issues affecting them and societies in order to make them great future leaders.

Owolabi urged the government to manage the items meant for the Internationally Displaced Persons judiciously in order not to increase their pains.

He advised parents to monitor their wards in order to ensure that they did not take to social vices as a result of the current economic hardship in the country.

Also speaking, the pioneer president of Association of Friends club Otunba Adeleke Adesina decried the manner in which managers of IDP camps have handled the resources meant for the people.

According to Otunba Adesina, the unpalatable news from the IDP camps has not been palatable and worrisome warning that government must find a lasting solution in addressing the ugly trend.

He called for prayers to reverse the current economic recession in the country before it goes into depression urging government to also arrest the rampart cases of kidnapping.

According to the pioneer president of ASSO club, moral decadence in the country was as a result of western influence among youths saying, that parents have a lot to do in molding the lives of their children.

He said the club has been involved with the donation of items and cash on a number of times to motherless babies homes.

Otunba Adesina advised the new president to improve on what he met on ground by carrying everybody along.

Nigerianflightdeck is an online news and magazine platform reporting business stories with a bias for aviation and travel. It is borne out of the intention to inform, educate as well as alter perceptions with balanced reportage.
Previous Med-View Airline listed on NSE, reveals N58.5b projected revenue by 2020
Next Captain Usman says addressing challenges in aviation is plan in progress