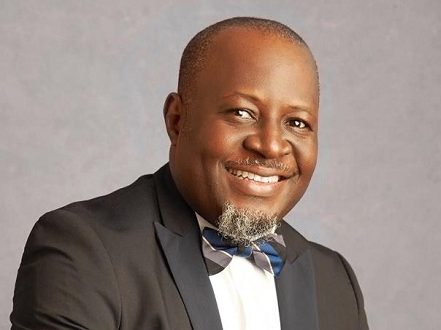 Finchglow GMD says FGs policy of reciprocity is in line, will cause no adverse effect

NigerianFlightDeck 1st September 2020 Aviation News Comments Off on Finchglow GMD says FGs policy of reciprocity is in line, will cause no adverse effect 158 Views

GROUP Managing Director, Finchglow Group, Mr. Bankole Bernard has today described the Federal Government’s policy of reciprocity as a bold and commendable move that will have no adverse effect  on the country whatsoever due to the nation’s huge resources, human capital and economic potential.

Nigeria had last week declared a policy of reciprocity after the European Union and various other countries put a travel ban on Nigerians travelling to their countries.

The Finchglow boss also said that no matter the kinds of health or safety protocols put in place  for international travel, it will not be a hindrance to Nigerians travelling especially as the country has been on a lock-down for months prior the announcement of the restart.

Bernard who spoke to Nigerianflightdeck in a Google meeting earlier today on sundry issues also put forward suggestions for government that would attract influx to various Nigerian destinations and grow tourism like it is done in other climes.

He said,” I would say Nigeria is a sovereign nation. I think it’s high time we started to command the respect we deserve from the international community. There is nothing wrong of they say Nigerians cannot come to their countries for whatever reasons, the appropriate response is to reciprocate.

“I can say to you that this will not last for a long time because Nigeria is a land of opportunities and they are aware of this and they also know that business thrives a whole lot in Nigeria a land full of resources, a huge population and high consumption. Even the carriers will appeal to their government to rescind this.

“The question is will they be able to get this market to what it was? You must understand the world economics and every country in the world is trying to get a larger share of the Nigerian market.”

“Trust me, if the European Union decided Nigerians cannot come, it is not a problem. Dubai, South Africa will deal and this will not be our loss, it will be theirs,”he said.

On travelers having apathy to travel because of the stringent health protocols, Bernard dismissed this stating that safety is a major component of travel that cannot be overlooked explaining that when the virus spread from its origin in China it was through air travel and that was why air travel was the first hit.

He said that reactionary measures like compulsory closure of airspace and flight suspensions were understandable but now countries have put health protocols in place that should work.

“ In my view”, he explained,” we have been on lock-down for five months, there is no amount of hindrance that would be put in place now that can measure up to the lock-down. So, If you tell people to stay five hours, some will be reluctant but eventually they will embrace it, and like domestic it will be eased.

Nigerianflightdeck is an online news and magazine platform reporting business stories with a bias for aviation and travel. It is borne out of the intention to inform, educate as well as alter perceptions with balanced reportage.
Previous AIB says by regulation crashed Quorum Bell 206 aircraft not fitted with ‘blackbox’
Next Covid-19 lockdown aftermath: Bernard says downstream sector needs tax holidays, charge reduction