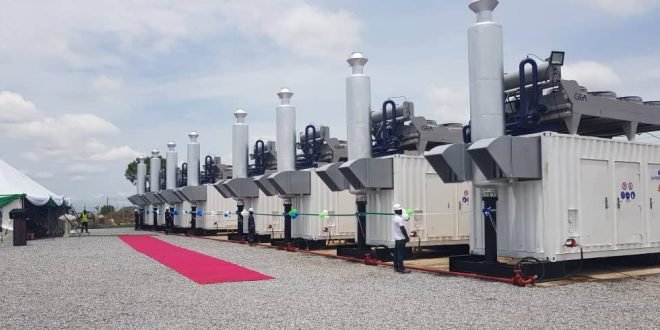 This is just as Government commissioned the first of its kind, Accident Rescue and Resuscitation Centre, the terminal D of the domestic wing of the airport which was rehabilitated between 2017 and 2018 as well as the fire watch tower for the General Aviation Terminal (GAT) and other projects.

Inaugurating the projects, Minister of State for Aviation, Sen. Hadi Sirika, who is currently inspecting airport facilities across the country, emphasized the significance of the projects especially the Power Plant stating that it is a response to the deficiency identified with the new international terminal of the airport.

He explained that the new terminal meant additional power need for the airport, adding that the government decided to engage the independent power provider to address the challenge.

“It is very significant that we commission this project now because immediately we took over office, Mr president directed that we must complete all ongoing projects including Abuja airport.

“There was a lot of planning deficiencies identified with the new terminal because they didn’t take into cognizance the issue of power deficiency. In response to address this deficiency, we commenced this project amongst many others.

“This independent power plant is part of the deficiency of the airport that has been rectified just now,” he said.

Managing Director, Federal Airports Authority of Nigeria (FAAN) Mr Rabiu Yadudu, who spoke on the project said the expansion of the airport and the completion of the new terminal came with the demand for additional power supply, adding that this power plant had commensurate capacity with the airport facility.

“In the light of the very low power capacity in the country, FAAN decided to provide this 10 megawatts IPP facility to meet up with the power supply that is needed in this airport.

“This is also in fulfillment of our promise to the stakeholders to ensure an efficient and safe airport operations,” he said.

Among the projects inaugurated by the minister, is the Accident Rescue and Resuscitation Centre which was the first of its kind in the airport.

Sirika also officially inaugurated the terminal D of the domestic wing of the airport which was rehabilitated between 2017 and 2018 as well as the fire watch tower for the General Aviation Terminal (GAT).

Nigerianflightdeck is an online news and magazine platform reporting business stories with a bias for aviation and travel. It is borne out of the intention to inform, educate as well as alter perceptions with balanced reportage.
Previous NCAA gives IATA agents 60 days to register, says non-regristation is a violation
Next Industry hails Aero’s doggedness at 60 as Regulator commends airlines books, operations