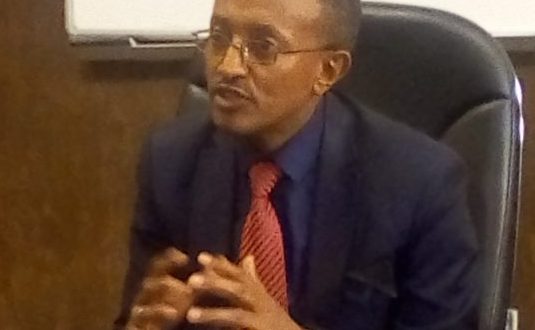 ETHIOPIAN Airlines has revealed that one aim of its strategic growth across the African continent is to reduce the overwhelming imbalance in air traffic airlifting that the continent’s airlines have ceded to foreign airlines.

Managing director of the airline, Esayas WoldeMariam Hailu who made this known at the airlines headquarters in Addis-Ababa, Ethiopia put the current balance at 80% to 20% in Favour of foreign carriers that have dominated the market.

He posited that liberalization of air transport is the proven way to bring about high traffic volume, economic growth, free and fair market competition among carriers.

According to the Ethiopian helmsman who was once Country Manager in Nigeria, majority of African governments would rather open their skies to or partner foreign carriers and not African carriers making the implementation of the airspace liberalization signed in Yamoussoukro inconsistent.

He urged governments not to put restrictions on liberalization as it helps to optimize networks in the cross continental market.

He stated,” Industry experts often criticize African countries for having more bilateral open sky agreements with partners outside the continent than with African partners.”

“African Airlines should sense this as a serious threat as it is impacting all of them, not only one or two airlines. Therefore, they have to integrate their transport policies and strategies so they can jointly work together through different code sharing strategies as well as cooperations and alliances.”

” improving air transport share should be central at the continental agenda for Africans. By doing so, they can maximize their existence in the sky of Africa. Otherwise, the existence of Africans in their own sky will be a fable if things perpetuate in this way.”

Esayas however said Ethiopia airlines as well as other African carriers were competing on negative environment with challenges stacked against them from high fuel cost, huge taxes and navigation fees and poor infrastructure among others but that Ethiopian despite these have managed to remain successful.

Nigerianflightdeck is an online news and magazine platform reporting business stories with a bias for aviation and travel. It is borne out of the intention to inform, educate as well as alter perceptions with balanced reportage.
Previous FAAN begins repairs on Enugu Airport runway, shuts runway down from 3pm
Next Ethiopian Airlines all female crew lands Lagos from Addis