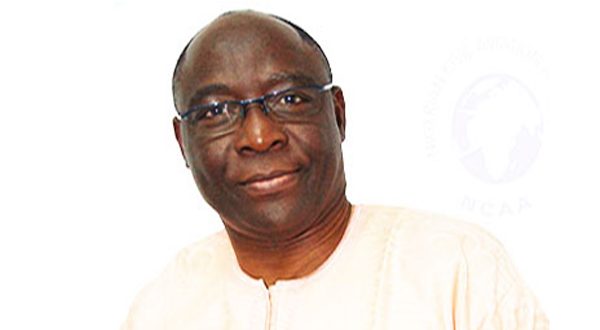 The announcement was made by the Kwara State government Commissioner for Works and Transport, Alhaji Aro Yahaya following the expiration of contract of Captain Nurudeen Abdulkareem , the outgone Rector of the College.

Alhaji Yahaya said that the new Rector is expected to position the college for better performance, resourceful training and career growth.

He encouraged the appointee to be steadfast and committed to his new assignment and come up with initiatives that would further strengthen the existing standards of the college.

Furthermore, the Commissioner urged the management and staff of the college to support and cooperate with the new Rector in order to achieve the purpose for which the college was established.

Reacting to his appointment, Engr. Adeyileka appreciated the State Government for finding him worthy and assured that he would bring his wealth of knowledge with the position.

Before his appointment, Engr. Adeyileka  was the acting Director General/CEO at Nigerian Civil Aviation Authority (NCAA). Engineer Adeyileka was prior his appointment as acting Director General of NCAA, the Director of Air worthiness Standard ( DAWS). He also served as the Technical Director at Aero Contractors of Nigeria Limited and was an Associate Vice President – Technical/ NACC Post Holder Maintenance.

Nigerianflightdeck is an online news and magazine platform reporting business stories with a bias for aviation and travel. It is borne out of the intention to inform, educate as well as alter perceptions with balanced reportage.
Previous NAHCO posts N4.6 billion half year turnover, signs strings of contracts
Next Aero set to return aircraft from France; to roll out second 737-5 after C-Check