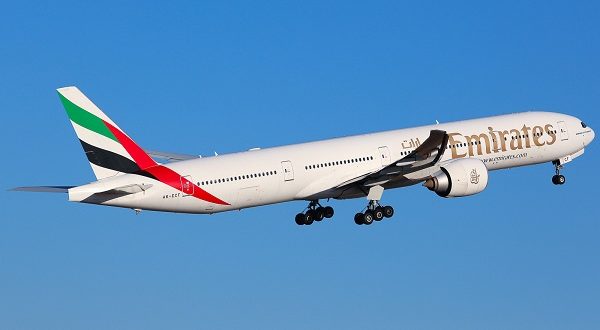 MINISTER of Aviation, Senator Hadi Sirika has announced that the United Arab Emirates will begin issuing visas to Nigerians from October 8, 2020 indicating that Emirates Airline may soon get clearance to start operations into Nigeria.

The Minister in a tweet yesterday night revealed, “ UAE confirmed that they will begin issuance of Visas from 8th of October,  2020. Travelers to have a return ticket, hotel booking, negative PCR result & a Health insurance (similar to Schengen requirement). Health insurance can be paid through travel agents/airline.”

In a statement by the NIS spokesman, DCI Sunday James, on Tuesday,”The Polymerase Chain Reaction (PCR) test is expected to be taken within 96 hours before departure.

“UAE bound passengers are expected to be in possession of the following: Confirmed return ticket; confirmed hotel reservation for the duration of stay in UAE or address of residence in the UAE or address of relatives of the visitor playing host while in the UAE; A negative PCR test taken within 96 hrs before departure; valid health insurance, copies of trade licenses in the UAE and Nigeria, if applicable.

“The Nigeria Immigration Service hereby, advises all UAE-bound passengers to avoid denial of departure from Nigeria and repatriation from the country concerned due to non-compliance.”

Recall that despite the decision of the Federal Government to lift the ban imposed on Emirates, the Dubai, United Arab Emirates (UAE)-based carrier as at Sunday was yet to get approval to resume operations.

Federal Government had on September 21, included Emirates in the list of airlines banned from flying to Nigeria following a meeting of sub-committee of the Presidential Taskforce on COVID-19 (PTF) with European Union Ambassadors.

Emirates had earlier on September 7 and 9 resumed flights to Lagos and Abuja was added to the list of banned airlines following the refusal of the UAE authorities to issue visa to Nigerian travellers to Dubai in line with the reciprocity policy to allow only airlines from countries which have opened their borders to Nigerian Visa holders.

Following negotiations between the UAE authorities and the Nigerian government the ban was lifted based on the undertaking by the authorities of the United Arabs Emirates (UAE) to commence visa issuance to Nigerians.

However since the ban lift on Wednesday September 30, the airline (Emirates) was yet to get the approval to resume.

Emirates had earlier informed its travel partners to resume operations Sunday with its Dubai-Lagos, Lagos-Dubai and Dubai-Abuja and Abuja-Dubai flights but the flights were cancelled abruptly as the clearance had not come.

This followed indications that the government was still monitoring compliance by the UAE authorities with the agreement to issue Visa to Nigerians before granting the carrier the go-ahead to resume operations.

However, with the new announcements, it seems all is set for the Dubai-based carrier to start operations into the country.

Nigerianflightdeck is an online news and magazine platform reporting business stories with a bias for aviation and travel. It is borne out of the intention to inform, educate as well as alter perceptions with balanced reportage.
Previous NIS advises applicants to embrace technology, shun touts
Next Unions issue FAAN 7-day ultimatum over salaries, outstanding allowances