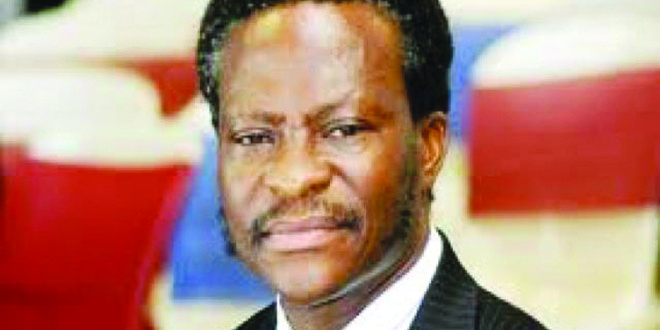 Dr. Demuren explains why SAATM may not  favour Nigerian  airlines

PRESIDENT Flight Safety Foundation (FSF) and former Director General of the Nigerian Civil Aviation Authority (NCAA), Dr. Harold Demuren has said that the Single African Air Transport Market (SAATM) is not a good idea if the airlines are weak.

Dr. Demuren who spoke on  the 2nd Edition of the League of Airports and Aviation Correspondents ( LAAC) Magazine, Travel Watch said for Nigeria as a country SAATM would be favorable if there were airlines plying the international route ( this interview is prior Air Peace’s commencement of Sharjah, Dubai operations)

He called on indigenous carriers to pull their weight together to garner enough momentum to meander  a market that ordinarily they should control and advised further that carriers must negotiate alliances to help them connect the world and not just point to point destinations.

On SAATM he said,”Let me confess to you, at the end of the day, it’s a very good idea if you are strong. You don’t go into competition when you are weak. When you have the best team of footballers, you’d like to play. You can play many leagues but if you don’t have a good one, when they talk to you, you will find excuses. You have to defend your own. We don’t have strong Nigerian airline today. Can we open up? Yes. When we open up is it going to affect us? Yes, because we don’t have a representative. In fact, who is flying international route now? So we don’t get anything out of that and so that’s why we need to think outside the box.

“We must have some alliances, some representation, some agreements and that is what everyone has done, it’s not wrong. Let me ask you, NNPC, that’s where we get 80 per cent of our dollars.  They are Nigerians but who are the people working for them? Don’t they have technical partners? They have Chevron, Shell, Total, AGIP, and Exxon Mobil. Is it a sin? So we have to take up partnerships in aviation also; we must use them.

“You want to compete with Lufthansa; they will give you the route to fly to Frankfurt but when you get to Frankfurt, where are you going next? They can connect all over the world but you have no place to go. Nigerian airlines have tried; Bellview first tried. They tried when they wanted to go to London; they blocked them, no direct flights, they had to go through Amsterdam. We must cooperate. Our airlines, that is my big advice to them, they must be able to cooperate.

“Whereas, instead of the agitations, we can say, we will be your general sales agents (GSA), the handling we will do for you. These are the things we have to do. We say we have Nigerian Aviation Handling Company Plc (NAHCO); we have Skyway Aviation Handling Company Plc (SAHCO); again we are too much fragmented. In Ethiopia, they control the airport authority; they spend a lot of money. All the foreign exchange they get it for their country, they are very strong and they are doing very well.

“For SAATM, we need to work, think outside the box. Nigerians are very ingenious; they will look for ways to make money out of the situation.

Nigerianflightdeck is an online news and magazine platform reporting business stories with a bias for aviation and travel. It is borne out of the intention to inform, educate as well as alter perceptions with balanced reportage.
Previous AIB commences probe into Med-View aircraft oxygen masks deployment, emergency descent
Next FAAN Management Taskforce moves to check negative experiences at Enugu, other airports