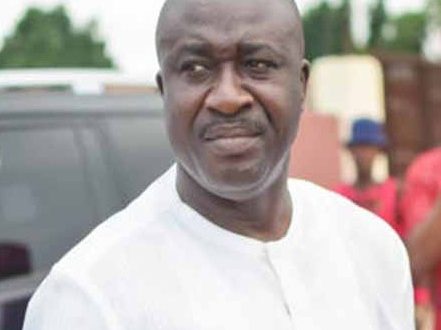 DELTA STATE Government has made clarification on its Smart Money initiative saying that the state is currently targeting petty traders and market women predominantly those who cannot borrow from financial institutions due to the stringent borrowing criteria and exorbitant interest rates so as to help them grow their businesses.

According to a statement signed by the state Commissioner for Information, Chief Patrick Ukah, in Asaba on Sunday, market women and men have benefited from the Delta State Micro, Small and Medium Enterprises Development Agency from inception of this administration having recognised them as the engine room of micro enterprise in Delta State.

He revealed that due to feedbacks from the Town Hall Meetings spearheaded by the Governor of Delta State, Senator Dr. Ifeanyi Okowa, it became apparent that more needs to be done in spite of past interventions.

Chief Ukah said that in the state’s budgetary provision in the last two years, provisions were made for social security funds to augment such interventions as part of its social investment programme, stressing that the interventions are strictly through the structure of the market association while the Agency plays a supervisory role to ensure that the beneficiaries fall within targeted audience with no other conditions required as the state will continue to deliver on its promise and all interventions shall be based on needs assessment.

The Commissioner for Information said 95% of industries in Nigeria are micro and fragile as they cannot borrow from financial institutions due to the stringent borrowing criteria and when they do, it is at exorbitant interest rates and many of such businesses don’t survive as fund recovery mechanisms of most micro finance institutions are harsh and hostile and the means of livelihood of many Deltans are heavily dependent on these businesses.

He said that as part of the state’s strategic direction for poverty alleviation, the MSME Agency has remained more active and focused in lending to groups, cooperatives, associations and some cases targeted individuals, adding that 595 co operatives/enterprises, 2665 males, 3650 females, and 1985 youths totaling 6315 has benefited form the N823,100,000.00 disbursed by the Agency.

Chief Ukah disclosed that these made the Central Bank of Nigeria (CBN) to adjudge Delta State as the best state under the Microfinance/Small and Middle Enterprise category and the 1st runner-up under the Agric Credit Guarantee Scheme- Trust Fund Model.

Also the state government in November 2017 was rated tops on Human Capital Development among all the states in the country by the National Competitiveness Council of Nigeria (NCCN), the Commissioner for Information added.

Nigerianflightdeck is an online news and magazine platform reporting business stories with a bias for aviation and travel. It is borne out of the intention to inform, educate as well as alter perceptions with balanced reportage.
Previous Air Peace launches direct Lagos- Banjul flights, increases Accra service
Next FIRS targets N 8.3trn in 2019, N3trn revenue increase from 2018