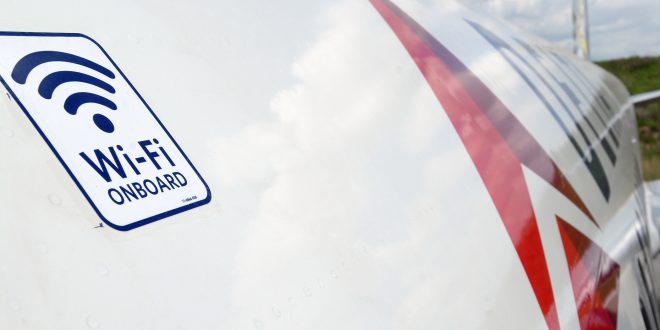 WiFi on board Delta Air Lines

DELTA AIR LINES today reported financial results for the September quarter 2017 with adjusted pre-tax income for the  quarter at $1.7 billion, a $182 million decrease from the September 2016 quarter.

“While we faced a number of challenges this quarter, including multiple hurricanes and an earthquake in Mexico, I am proud of how Delta people responded and still delivered an outstanding performance this quarter,” said Ed Bastian, Delta’s chief executive officer.   “Having just completed the busiest summer travel season in our history, we have good momentum, a determined team and a solid pipeline of initiatives to grow earnings and margins.”

To assist customers and employees in affected regions, Delta operated nine humanitarian flights, added more than 12,000 additional seats to impacted cities and shipped more than 600,000 pounds of relief supplies. In addition, Delta and the Delta Air Lines Foundation made $2.75 million in contributions to Red Cross organizations, while Delta employees contributed $250,000 to the American Red Cross and another $250,000 to the Delta Care Fund that directly supports fellow employees.

Delta’s operating revenue of $11.1 billion for the September quarter was up 5.5 percent, or $577 million versus prior year, despite a $140 million reduction from Hurricane Irma.

For the December quarter, Delta is expecting continued pressure on margins as its unit revenue momentum catches up to the rise in fuel prices that began in July.

Adjusted fuel expense4 increased $230 million compared to the same period in 2016 as market fuel prices increased throughout the quarter.  Delta’s adjusted fuel price per gallon for the September quarter was $1.68, which includes $0.03 of benefit from the refinery.

CASM-Ex, including profit-sharing increased 4.8 percent for the September 2017 quarter compared to the prior year period which includes pressure from Hurricane Irma-related flight cancellations.  Normalized CASM-Ex, including profit-sharing increased 2.6 percent versus the prior year period, driven by employee wage increases, product investments, and accelerated depreciation associated with Delta’s narrowbody fleet initiatives.

Non-operating expense declined $35 million for the quarter due to foreign exchange favorability.

“For the full year we expect non-fuel unit costs to be up approximately four percent as harmonization of profit-sharing plans, accelerated depreciation of narrowbody aircraft and pressure from weather-related cancellations have added over a point of pressure to costs from our previous guidance,” said Paul Jacobson, Delta’s chief financial officer.  “However with the productivity from our fleet, maintenance and technology initiatives combined with the determination of the Delta team, we are confident we can deliver our long-term two percent cost target for 2018 and beyond.”

Delta generated $1.6 billion of operating cash flow and $471 million of free cash flow during the quarter. The company used this cash generation to invest nearly $1 billion into the business for aircraft purchases and improvements, facilities upgrades and technology, as well as $175 million to complete its 49% ownership of Aeromexico.

“Delta’s improved financial position was recognized with an investment grade credit rating by Standard & Poor’s this quarter – the third agency to grant Delta this status,” Jacobson continued.  “With strong cash flows and a systematic approach to shareholder returns through share buybacks and dividends, we are committed to maintaining our durable franchise.”

Nigerianflightdeck is an online news and magazine platform reporting business stories with a bias for aviation and travel. It is borne out of the intention to inform, educate as well as alter perceptions with balanced reportage.
Previous Elumelu charges govt to prioritize SMEs, Creative Sector to drive economic turnaround
Next Again BASL denounces indebtedness to FAAN, alleges N200b FG debt