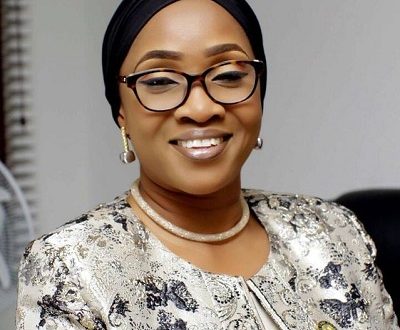 Commissioner reels out plans to promote domestic tourism in Lagos

THE Lagos State Ministry of Tourism, Art and Culture is set to develop local tourism sites in the state even as it commences work on newly discovered ones as part of efforts to promote domestic tourism and  consumption of the state’s local tourism asset and products and create new channels of tourism market

Speaking at a press conference to herald the celebration of World Tourism Day 2020 in Lagos, Commissioner for Tourism, Arts and Culture, Mrs. Uzamat Akinbile-Yussuf while expressing the state’s readiness to mark the event on the27th, September 2020, said the development of new sites in Lagos will help reduce the rate at which Nigerians travel abroad for adventure purposes

Mrs. Uzamat said the state which is already among the top 5 tourism cities in Africa is eyeing the number one spot in the continent.

According to her, the Ministry is working hard to transform state into a tourism and entertainment hub in Africa by exploring, promoting the potentials that abound in Lagos, as well as supporting the thriving entertainment and arts industry as a viable platform to attract visitors and also create jobs in the State.

She stated that the ministry has also started the production of a documentary that will dwell on inventing new destinations to be sold such as Film Village, Musical Concert Arena, Medical Wellness and relevant forms of PPP arrangements to be deployed in order to transform Lagos State into a tourism and entertainment hub in Africa by exploring, promoting the potentials that abound in the State. She said: “Just recently too, the State government announced the commitment of One Billion Naira (N1 Billion) as seed capital for investment in Tourism, Arts and Culture for practitioners in the industry to drive the growth of practitioners in the State.

“As I speak, the Ministry in collaboration with the Lagos State Employment Trust Fund, LSETF, has commenced the process of verifying applicants and beneficiaries of the fund.  Apart from this, Mr. Governor has equally approved 50% reduction on Licencing fees for Hospitality businesses as incentives for the practitioners in the industry to aid recovery process from the inactivity in the sector since the outbreak of the deadly virus earlier in the year.

“We are leveraging on our investment in Tourism for job and wealth creation, to curb youth restiveness, discover new tourism potentials and ultimately contribute significantly to the GDP of the State. “As a matter of fact, the proposal of the Ministry for next year is to focus more on developing our local tourism sites and also commence work on newly discovered ones. This to us will help reduce the rate at which Nigerians travel abroad for adventure purposes.

“The Ministry also took a step further to strengthen its relationship with the National Film and Video Censors Board, NFVCB. Just yesterday, a Committee set up to review the existing Memorandum of Understanding between NFVCB and the Lagos State Film and Video Censors Board, LSFVCB was inaugurated. This to us in Lagos State heralds a new beginning towards having disagreement in the area of fixing fees for practitioners and in addressing the bottlenecks inhibiting the growth of our practitioners.

“The State Government is also in the process of establishing Tourism Development Trust Fund to provide succor to practitioners in the industry in time of need, this is one of the area that the pandemic had assisted in bringing to fore the more.

“The State is already one of the top five in Africa when it comes to tourism, but our plan is to occupy the first position in Africa in the area of Tourism activities and this, I strongly believe, is achievable.

“The Ministry of Tourism, Arts and Culture will open conversation with the Ministry of Waterfront Infrastructure Development and other relevant MDAs of the government to explore profitable partnership in this area that would ultimately lead to a more vibrant tourism and entertainment sector specifically leveraging on our waterways potentials.”

Nigerianflightdeck is an online news and magazine platform reporting business stories with a bias for aviation and travel. It is borne out of the intention to inform, educate as well as alter perceptions with balanced reportage.
Previous Tony Elumelu, two other Nigerians make Time Magazine’s 100 most influential figures
Next NIS increases MIDAS equipped counters to 42 at MMIA, gives lock down flight figures