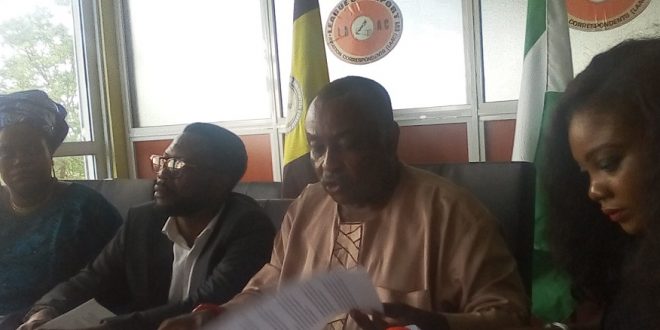 COALITION of Independent Platform of Market Youth Congress of Nigeria, Igbo Trades Support Group on Good Governance and Yoruba Women’s Trader Support Group have commended the current reforms ongoing in the aviation  industry, particularly the Minister of State, Aviation, Senator Hadi Sirika describing him as a goal getter and achiever for his various marks.

The group made this known through the National Co-coordinator, Igbo Traders Support Group for Good Governance, Chief Victor Amadi who listed some achievements of the Minister of State as well as how they have fared in the business environment  since the emergence of the present APC-led Buhari administration.

Chief Amadi who spoke to reporters on the milestones of the Minister of State said Senator Sirika’s tenure as the Minister of Aviation has given Nigeria the highest rating in air safety apart from the  certifying the nation’s busiest airports.

Amadi said,” When Senator Sirika was appointed; many airport infrastructures were in disarray. We recall that the Kaduna airport was merely functional in the sense that there was passenger facilitation. But we recall that the passenger terminal was in total disrepair and out of use because the failed remodeling programme of the previous administration left it in disuse.”

“After searching for any way possible to totally rehabilitate the runway of the Nnamdi Azikwe International Airport, Abuja while flights were going on and it became obvious that for efficient work to be carried out at the airport, it must be closed; the Minister decided to rejuvenate the Kaduna airport.”

On the Abuja Airport Amadi said, “The problem associated with the runway of the Nnamdi Azikwe International Airport, Abuja was a chronic one before the President Muhammadu Buhari. There were occasions when the airport had to close abruptly because the runway was damaged and could not take in aircrafts. There were also occasions the airfield lighting would go off in the night when international and local flight were to land. When the current administration took over it realized that it was inevitable that the runway had to be repaired.  Despite the controversy racked up by the decision, Senator Sirika went about doing a job that the country will forever remember him for.”

“In a timeline of six weeks, which the Hon Minister the job would be done, he delivered it before the deadline to surprise and excitement of Nigerians.”

“Also during the rehabilitation of the runway, the Minister ensured that other works were going on at the Abuja airport. The terminal was improved; expanded and new departures were created at the ground floor of the airport. Not only that; new lifts were installed so that those who are physically challenged could use the lifts to the departures. For the first time the airport was fully illuminated that the projects that were hitherto abandoned, like pilot house and others were complete.”

The Trade group also commended the Minister on the Certification of MMIA, Lagos and NAIA, Abuja which happened within the spate of two months.

Amadi said, “For the first time in the history of Nigeria, the two busiest airports in country in Lagos and Abuja were certified to the International Civil Aviation Organization (ICAO) standard and this mean that these airports are recognized worldwide as meeting all standards for international flight operations. This was done in consonance with recommended international practices.”

Their views on the challenges the nation had with regards to the economy he posited that the present government has given the people an opportunity to diversify and get better options.

He said, “I think I am very much in an informed position in as much as I find myself in the trading I am educated and thank God and my father for my education but I have been able to observe that most Nigerians in trading are not informed and as such every time you have a shoot up in dollar exchange the first people blame are those in power. I want to let you know, which we are aware and have been at the vanguard of educating our colleagues, that when the president came in he came in when crude oil was just $55 per barrel unlike when the immediate past administration were there crude was selling for as high as $150 per barrel.”

“ Even when it came down crude was about $120 as at 2015 when Jonathan stepped down. Unfortunately, as soon as Buhari came in, it dropped and as soon as it drops it affects all our earnings as 95% of our foreign exchange because our earnings are from oil and once that happens our foreign exchange drops, this is simple economics. Unfortunately too, Nigeria has been an import oriented country virtually everything we consume in Nigeria is imported and I am an Igbo man they are my kinsmen and 80% of importers I Nigeria are Igbo and there is no way that recession will not affect us. But what this Buhari administration said is that people should reorder our values and go into manufacturing and it is a wonderful opportunity for us who are mainly importers.”

Nigerianflightdeck is an online news and magazine platform reporting business stories with a bias for aviation and travel. It is borne out of the intention to inform, educate as well as alter perceptions with balanced reportage.
Previous FAAN is getting revenue collection right with automation– Mrs. Yakubu
Next MMA School hold inter-house sports as Principal task govt on better educational funding