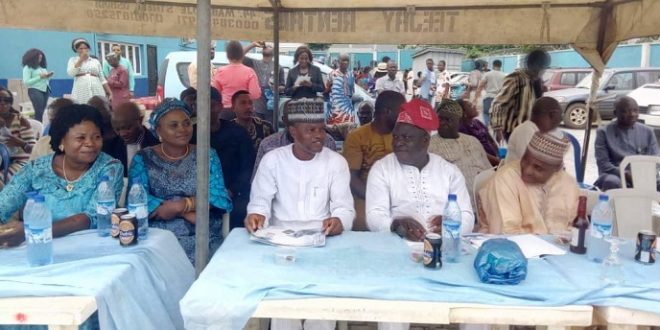 COOPERATIVE Multipurpose Society Limited (CMSL) of the Nigerian Airspace Management Agency NAMA, Murtala Muhammed International Airport Ikeja has recorded a total of N35m net profit was in 2017 a steady growth of its revenues from 2014.

He said members savings have increased by 30% from N314m to N327m during the year under review while loan disbursement has also improved tremendously against the previous year.

He noted that at the beginning of this year, the cooperatives projected about 40 members to be proceeding for retirement with a projection of N100m required for the settlement of their claims.

While apologising to those members that had delays in loan disbursement, Edino assured them of stronger Cooperative Multipurpose Society the influx of new members adding that as the last count they were over 500 members with a relative increase in monthly revenue.

He attributed the success recorded to the diligent activities of the executive and the members support.
He appealed to the management of NAMA to provide land for them to build their headquarters
Highlights of the event was the presentation of awards to distinguished members of the cooperative Multipurpose Society Limited

Nigerianflightdeck is an online news and magazine platform reporting business stories with a bias for aviation and travel. It is borne out of the intention to inform, educate as well as alter perceptions with balanced reportage.
Previous FAAN Fire Services contain spread of aircraft fire
Next Delta Air Lines announces September 2018 Quarter Profit