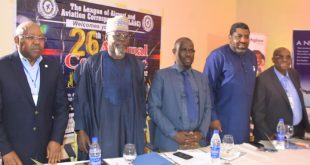 Titled Sunset Airports: Safety and Financial Implications, the League of Airports and Aviation Correspondents (LAAC) held another outstanding conference mirroring some challenges that need to be solved to aid the growth of aviation, in the world’s most populous black nation. Here are some images of the event.

AIR Peace once again took the aviation industry and indeed the nation by storm as it took delivery of the second in a sequence of thirteen (13) Embraer E195-E2 jets from Brazil on Thursday amidst pomp and pageantry. Today on Photo Reel, pictures of the airline’s event are the main focus. Also there were some change of guard during the …

AIR Peace on Thursday 28th January, 2020 attracted dignitaries from far and wide including governors of Edo, Delta, Anambra, Enugu, Ondo two ministers, captains of industry as it became the first airline in Africa to take delivery of the brand new Embraer E195-2 at the Nnamdi Azikwe International Airport in Abuja and by that sole feat also broke the jinx … 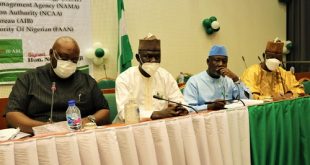 A lot transpired during the week as the House of Representatives Committee on Aviation held a public hearing on six aviation agencies. Nigeria Immigration Service Zone A also in the week held a sensitization lecture on anti-corruption and service delivery. Dana Air also restarted flights into the Akanu Ibiam International Airport Enugu. While Engineer Nazeer  Alhassan bagged a doctorate in …

Transcorp Consortium, House of Reps other picture stories for the week

NigerianFlightDeck 14th November 2020 Photo News/Reel Comments Off on Transcorp Consortium, House of Reps other picture stories for the week 130 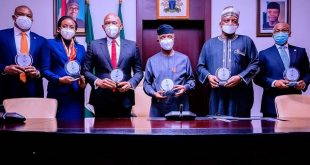 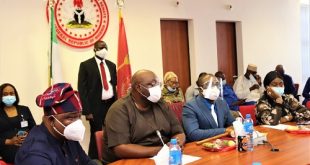 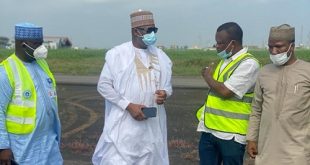 PHOTO REEL this week deals with some extremes from the botched meeting with staff of the Federal Airports Authority of Nigeria due to a nationwide protest to the Minister of Aviation inspecting facilities belonging to Caverton Helicopters as well work on the 11 years abandoned Taxiway B of the Murtala Muhammed International Airport. Also the Banjul Accord Group Accident Investigation … 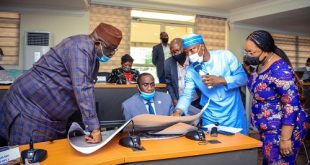 AVIATION had a lot of activities this week most projecting the industry’s willingness to move beyond the COVID-19 and grow the sector. From the Federal Airports Authority of Nigeria ( FAAN)’s visit to the Lagos State Government for airport developmental purposes to the Accident Investigation Bureau (AIB) sensitization campaign in Enugu and finally Elin Group acquiring it’s AOC and soon …