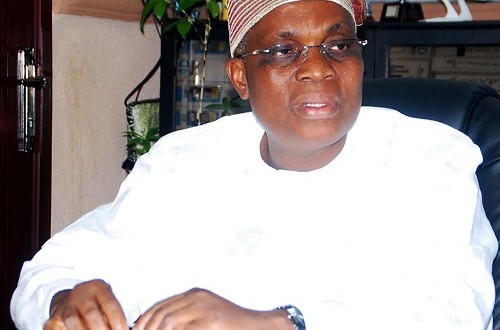 Managing director of Medview Airlines, Alhaji Muneer Bankole has challenged foreign airlines operating into the country not to move money out of the country totally but to put investments in the country that would help in improving their standing with the locals through creating of jobs and not just be portfolio airlines

This is just as he dismissed claims making rounds in the media on major foreign airlines operating into the country’s plan to exit due to hard conditions describing it as claptrap since Nigeria is some of their most viable route.

The Medview CEO made this known last weekend when he took delivery of the airline’s Boeing 737-500 which went through a comprehensive C-Check noted that  while plying their trade internationally Medview has put investment in country that employ the locals there and there is nothing wrong if airlines flying to Nigeria do same.

He said, ”You see the foreign airlines need to learn something they are doing business in Nigeria, they must be reasonable to be putting investment in our country. They should not come here to say they must be moving money totally and that is the game. We (indigenous airlines) are in another country, I am in Saudi Arabia, I invest money, I have an office, I have a property, and I employed Saudi nationals. “

“So they should be able to create a window for employment. Nigeria has been nice to them, they can’t find it in other countries. We give them over $200million when Nigerian airlines are groaning with nothing in their hands. We are not complaining for now but let the government understand that, that is why you have to enhance the capacity of your own airlines so that your people create more jobs for your people.”

On the news that airlines were leaving the country Bankole noted that some airlines that know what they were doing were not busy playing mind games about leaving but were sticking to their business plans as the Nigerian route has been quite viable for them.

He said,” I will rather tell you not to be afraid of that. None (foreign airlines) are going anywhere because this is one of their major markets worldwide. I can tell you. You see that Emirates is not singing any word. Not all of them are singing, the few ones probably are not marketing very well.”

The Medview boss who was also one of the Airline Operators of Nigeria (AON) entourage to visit the Minister last week asked him to bring to the notice of the president, the value of aviation as an economic driver, stating that the role of airlines in economic development cannot be downplayed.

He said, “I was there when we met the Minister. It was a nice thing for you to know that the Minister, from my interaction with him, is a wonderful person. He has seen it that he had to carry everybody along and he has done wonderfully well. He had to leave everything he was doing to go with us to meet the Controller General of Customs, to go to the CBN Governor, to go to the Ministry of Finance that shows he is committed.”

“We want to thank him for this opportunity. But we want to tell him that the best thing he can do is to tell Mr. President to be able to understand the value of being in this industry. This is the driving force, without this, there is no movement. You cannot even go to London for medical.”

On his plans for fleet expansion, Bankole said,” I just came back from a trip to Boeing. I was a special guest there. They are putting two 737-800 series in the production for Med-View. They are interested in our patronage of Boeing materials and they are saying what can they do for us, they even offered us a 777. We only pray that government makes a quick change on the economy because aviation is a driving force for the economy. Without an airline, moving people at fast rate, economy would never move. This is the business.”

Nigerianflightdeck is an online news and magazine platform reporting business stories with a bias for aviation and travel. It is borne out of the intention to inform, educate as well as alter perceptions with balanced reportage.
Previous Who hired 50 ‘support staff’ into NCAA? Ministry denies involvement, NCAA mute
Next AIB asks FG for foreign training embargo exemption, advocates increase in TSC